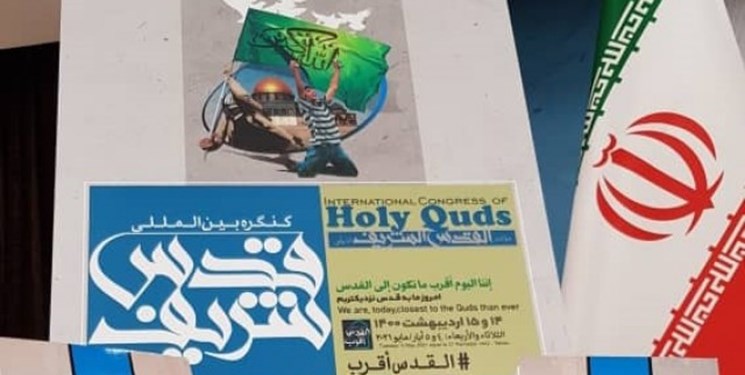 TEHRAN (FNA)- A multilingual poetry book on Quds named “Holy Pens” was unveiled in the Central Iranian city of Qom on Wednesday on the sidelines of the International Quds Conference.

Holy Pens has been published in 282 pages with poems on Al-Quds in Persian, Arabic, Turkish, Urdu and English languages.

Hamas Representative in Tehran Khalid Qadoumi has written an introduction to the book.

The International Quds Day is an annual event opposing Israel's occupation of Beitul-Muqaddas. Anti-Zionist rallies and demonstrations are held on the last Friday of Ramadan in Muslim and Arab countries around the world, specially in Iran, as well as a large number of non-Muslim states. However, this year there won’t be massive demonstrations due to coronavirus pandemic.