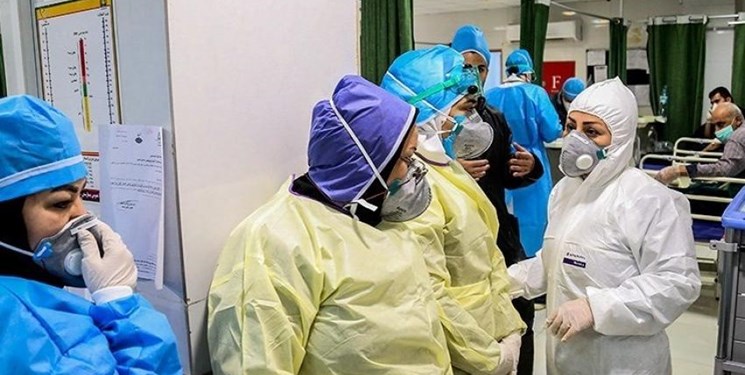 TEHRAN (FNA)- The Iranian health ministry announced on Friday that 17,076 new cases of coronavirus infection have been reported across the country during the past 24 hours, adding that 335 patients have passed away in the same period of time.

“A sum of 17,076 new patients infected with COVID-19 have been identified in the country based on confirmed diagnosis criteria during the past 24 hours,” Iran’s Health Ministry Public Relations Center said on Friday, and added, "2,681 patients have been hospitalized during the same time span.”

“Unfortunately, 335 patients have lost their lives in the past 24 hours, increasing the number of the dead to 74,241," the ministry noted.

It expressed satisfaction that 2,074,089 coronavirus patients have recovered or been discharged from hospitals so far.

The center went on to say that 5,534 cases infected with COVID-19 are in critical conditions.

It added that 16,789,338 coronavirus diagnosis tests have so far been carried out across the country.

The health ministry public relations warned that still 102 cities are rated red, 235 cities are orange, and 111 cities are yellow.

Most of the Iranian cities and towns have been put under a partial lockdown on April 10 that would last for 4 weeks amid a fresh surge in cases of COVID-19, the disease caused by the coronavirus pandemic.

A handful of businesses and government departments whose services are deemed necessary for daily life of more than eighty million inhabitants of the country would remain open during the 4-week partial lockdown.

The coronavirus COVID-19 is affecting approximately all countries and territories around the world. The virus was first reported in the central Chinese city of Wuhan late 2019. It has so far killed over 3.2 million people and infected over 156 million others globally.