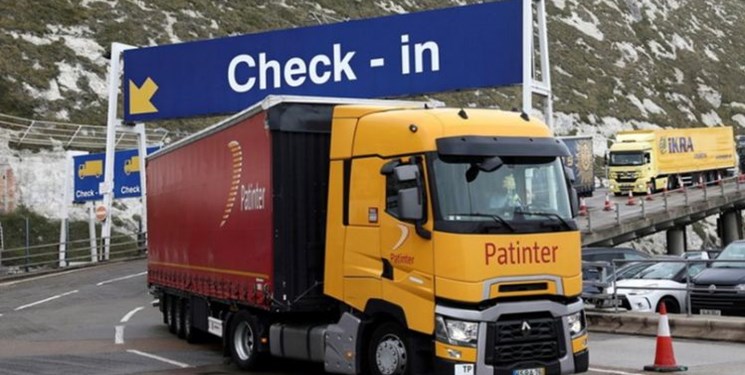 TEHRAN (FNA)- More than three out of five UK firms (61 percent) are reporting difficulties due to Brexit, resulting in rising costs, higher prices for consumers and reduced competitiveness, according to a new report.

Almost a quarter (24 percent) of exporting firms reported that Brexit has caused sales to the EU to fall, while one-third said that imports from the continent were down, The Independent reported.

Crucially, the study by the London School of Economics drew on real-time business survey data from the CBI stretching right up to April, well beyond the “teething problems” associated with the January 1 transition out of the single market and customs union.

The study by the LSE’s Centre for Economic Performance found that 37 percent of UK firms were reporting delays as a result of Brexit.

More than one-third (36 percent) said they had faced additional customs and administrative costs.

And almost a quarter (22 percent) said they were experiencing higher levels of regulatory checks.

It was not only at the UK/EU border where problems were being experienced, with 20 percent of businesses reporting increased difficulty in moving goods from Great Britain to Northern Ireland, the study found.

Meanwhile, despite Prime Minister Boris Johnson’s assurance that his Trade and Cooperation Agreement with Brussels meant no new tariffs on UK exports, some 16 percent of businesses reported that they have had to pay additional tariffs.

The report suggested that this may result from general uncertainty about tariff policy following Brexit, or from the fact that the UK has managed to rollover only 63 of the 70 trade agreements with outside countries from which it benefited as an EU member.

And the report found it was “likely that Brexit will have a sizeable impact on services trade”, although data is not yet available.

The negative impact of Brexit is being masked to an extent by the UK’s recovery from the coronavirus pandemic, which led to a “notable increase in economic activity” in April.

Businesses are more optimistic about their prospects over the next three months than they have been at any time since the start of the outbreak, said the report.

“Investment in both physical and human capital will be crucial to the long-term adjustment to COVID-19 and Brexit,” said De Lyon, adding, “We find that in the manufacturing sector, more firms expect to increase expenditure on worker training and innovation in the next 12 months than to decrease it – a reversal of the situation a year ago.

“But in the services sector, which includes hospitality and retail, firms are less optimistic. Data from January 2021 shows more services firms expected to reduce spending on training than increase it over the next three months," De Lyon added.

“Evidence from previous economic shocks suggests that people who remain in businesses or industries hit by the shock suffer more than those who are able to make a transition to other industries. Training programmes and adjustment assistance can help to ease such transitions,” De Lyon added.

And Dr Dhingra added, “The evidence in our report shows that Brexit played a role in the sharp drop in UK trade in 2021, with a sizeable share of firms experiencing issues in trading with the EU such as delays at the border and burdensome administrative costs. This has translated into rising costs, higher prices and reduced competitiveness."

“The government should seek to support businesses in the transition to new trading relationships and to ensure that the increase in border costs is minimized,” Dr Dhingra added.