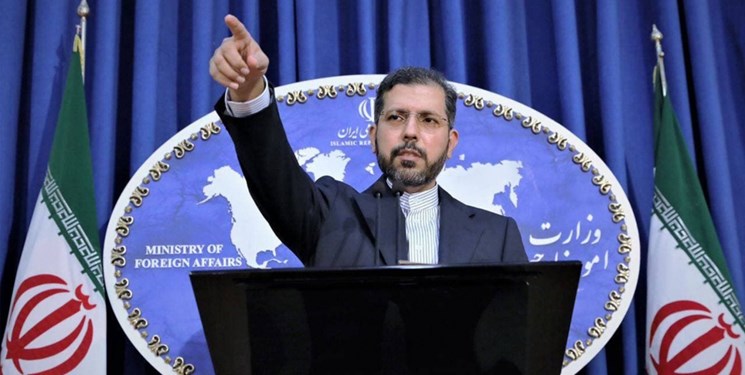 "The Islamic Republic of Iran strongly condemns the attack on Al-Aqsa Mosque, the first Qibla of Muslims and killing, and wounding of Palestinian worshipers by military forces of the occupying regime on the last Friday of the holy month of Ramadan," Khatibzadeh said.

"This war crime once again proved to the world the criminal nature of the illegitimate Zionist regime and the need for urgent global action to stop violating the most fundamental principles of international human law," he added.

“Iran calls on the UN and other relevant world organizations to fulfill their definitive duty to deal with this war crime,” the spokesman noted.

He went on to say, "Iran has the honor to stand by the heroic people of Palestine and calls on all countries, especially Islamic countries, to fulfill their historic duty and stand by the Palestinian people against the Zionist aggressors."

According to the report, more than 170 Palestinians were injured in an attack by Zionist military forces inside the courtyard of the Al-Aqsa Mosque.