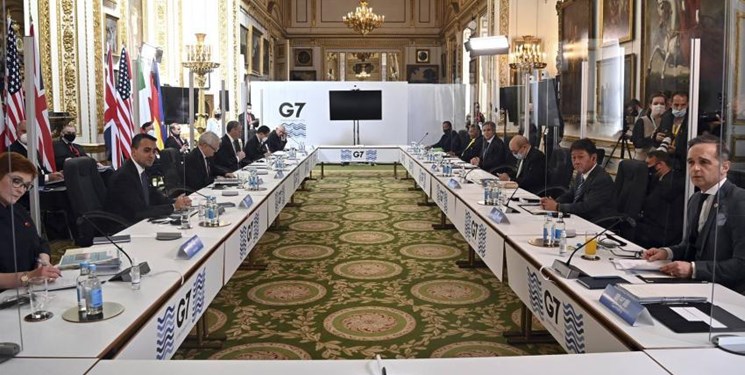 TEHRAN (FNA)- Iranian Foreign Ministry Spokesman Saeed Khatibzadeh blasted the communique issued by the Group of Seven (G7) countries which called on Tehran to stop its missile program, stressing that Iran does not compromise its national security.

“It is really unfortunate that while the Islamic Republic of Iran has repeatedly stated that it has absolute ban on the production, stockpiling and use of any weapons of mass destruction (WMDs), including nuclear weapons, such remarks appear in a communique,” Khatibzadeh told reporters in Tehran on Monday. 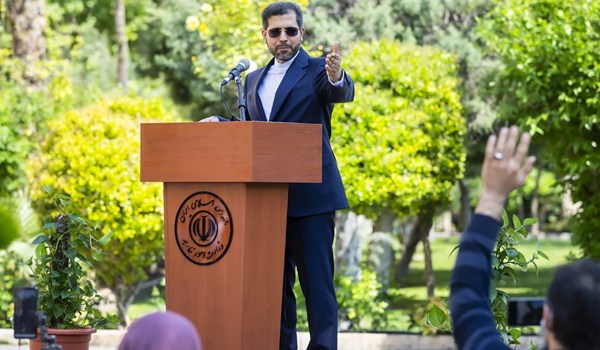 “In the atmosphere that has prevailed in Vienna, such communiques are not helpful at all and destroy the atmosphere that currently exists in Vienna. The G7 and the leaders of these countries have forgotten that the party that withdrew from the nuclear deal and tried to invalidate the UN Security Council resolution and punish everyone for adhering to this resolution was the US, their today and yesterday partner, and the same European states by their absolute inaction accompanied the US in economic terrorism against the Iranian nation in the midst of the coronavirus epidemic, and the US brazenly tried to exert maximum pressure on the Iranian nation. This is definitely a good reminder for them, and I think their memory is not so weak to forget a year or two years ago,” he added.

He expressed regret that the US sanctions and economic terrorism are still in place, and European countries have not yet fulfilled any of their obligations under the nuclear deal to lift sanctions to pave the ground for Iran to benefit from lifting sanctions, and said, “On other issues raised in the statement, the Islamic Republic of Iran does not compromise with any country on its own national security. The missiles of the Islamic Republic of Iran and the Iranian defense program are part of the country’s defense system, and there is really no violation of the resolution 2231 in the Iranian missile program. Resolution 2231 is quite clear, and Iran's actions in this area are fully consistent with it.”

"The worst behavior is the instrumental and political use of a subject and concept such as human rights, and unfortunately European countries and the US are masters of abusing such notions for their own short-sighted political ambitions," Khatibzadeh said, referring to the G7 communique’s criticism of Iran’s human rights situation.

“What is happening today in Yemen, Iraq and Afghanistan, and in the African countries, and in many other countries, is the result of the fabricated human rights of these [G7] countries, which exported bombs, missiles and weapons to these countries, and today falsely claim to be advocates of human rights. I invite them to honestly reconsider their positions and behavior,” he underlined.

Supreme Leader of the Islamic Revolution Ayatollah Seyed Ali Khamenei has on many occasions said the Islamic Republic considers the pursuit and possession of nuclear weapons "a grave sin" from every logical, religious and theoretical standpoint. On April 17, 2010 Ayatollah Khamenei issued a fatwa declaring that the production, stockpiling, and use of nuclear weapons are all haram (religiously banned).