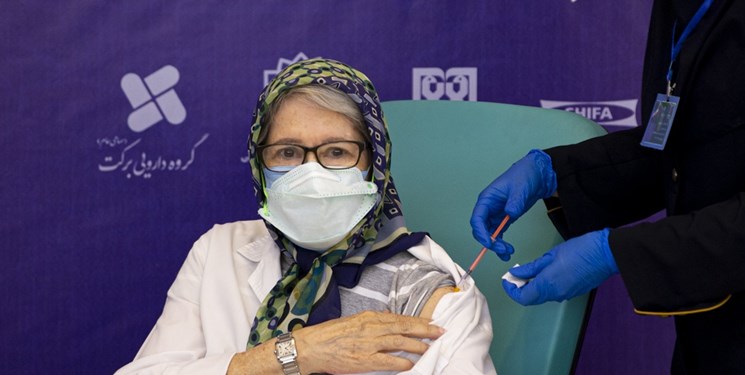 TEHRAN (FNA)- Senior member of Iran’s National Task Force for Fighting COVID-19 Minou Mohraz said on Tuesday that the coronavirus vaccine, COV-Iran, which has been developed by Iranian scientists at the Headquarters for Executing the Order of Imam Khomeini (HEIKO), gives immunity to receivers.

The first industrial production line for the domestically-developed vaccine was launched on Tuesday with a capacity to produce 3 million doses a month, a medical official announced.

"Mass production of the vaccine would start as soon as the results of the third clinical test for the vaccine are confirmed by the Health Ministry," the official in charge of COV-Iran Barekat COVID-19 vaccine project Reza Mazhari said.

"Public vaccination with COV-Iran Barekat is going to start in mid-June after clinical results are confirmed," Mazhari added

Head of HEIKO’s information office Hojjat Niki Maleki said late in April that the efforts of the Iranian scientists have yielded fruit and within a couple of weeks the country will produce some 1 million doses of COV-Iran Barekat vaccine.