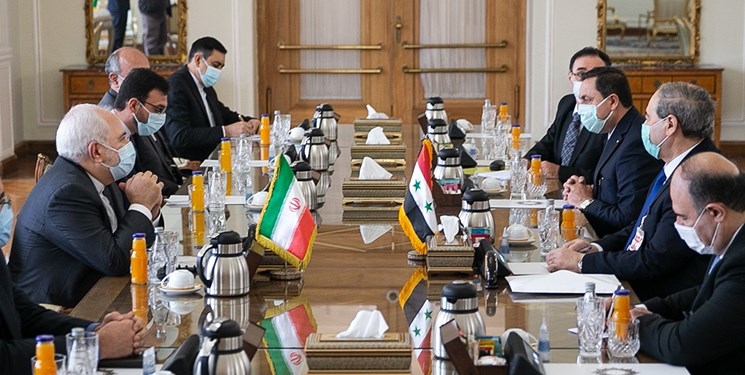 TEHRAN (FNA)- Iranian Foreign Minister Mohammad Javad Zarif said that the US economic sanctions that prevented transferring drugs and medical equipment to Iran and Syria hurt the people of the two countries amid the coronavirus outbreak.

Zarif made the remarks in a meeting with his Syrian counterpart Faisal Mekdad in Damascus on Wednesday.

He hailed the victories achieved by Syria in the face of the US campaign of economic terrorism in imposing sanctions on Damascus, saying the Iranian and Syrian nations had fallen victim to the US medical terrorism, which deprived both countries of access to vaccines amid the deadly coronavirus pandemic.

Zarif underlined Iran's support for Syria, and said, “The Islamic Republic of Iran supports the Syrian government and people against the sinister phenomenon of extremism and terrorism."