Iran: Impenetrability of Israel's Iron Dome Nothing More than Myth 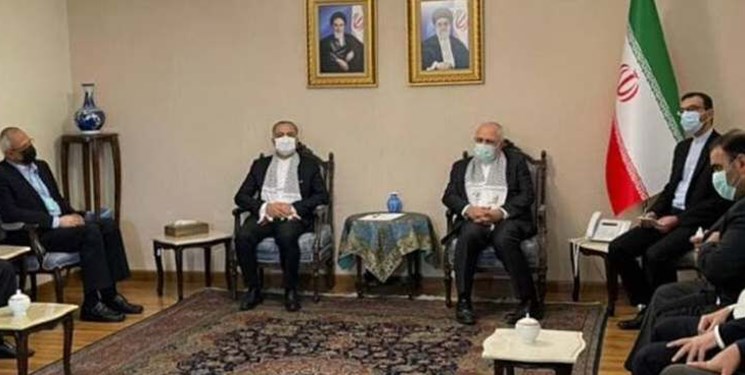 Zarif made the remarks in Damascus on Wednesday in a meeting with the leaders of a number of Palestinian groups.

He added that claims made on impenetrable nature of Israel’s air defense were system dubbed as "iron dome" have obviously proven all hollow and falsehood.

Zarif added that the brutalities of the Zionist regime, particularly at the Al-Aqsa Mosque and their efforts aimed at Judaizing the mosque’s entire neighborhood were met with the braveries of the Palestinian women and men in defense of their own territories.

The Islamic world is very proud of those braveries; condemns the past two days’ criminal acts of Israel, and the heroic response of the resistance groups proved that the claims that the Iron Dome is impenetrable were hollow lies, he said.

Zarif, meanwhile, reiterated that the ongoing developments also proved that the trend of naturalizing ties with the Zionist regime is a policy against the Palestinian people and the Islamic world.

The Iranian minister told the Palestinian leaders that during the course of the past few days in collaboration with the Turkish officials and those of some other Islamic countries efforts were made to make the international community sensitive about this issue.

"We hope to at least create a little move in the UN General Assembly, because there is no hope to the UN Security Council."

The crime of Iran, Syria and the other countries that are exposed to the Americans’ wrath is supporting the Palestinians, he said, adding, "I hope side by side of each other and by strengthening the resistance we will manage to materialize the rights of the Palestinian people and make a brighter future for the next generation."

The Iranian foreign minister arrived in Damascus on Wednesday morning atop a diplomatic delegation for consultations on bilateral and regional developments, and specially for surveying the latest developments in occupied lands and the Zionist regimes atrocities against the Islamic sanctities and Palestinian people.