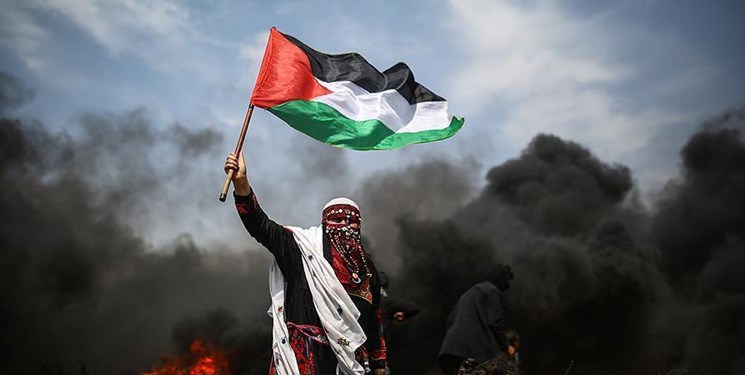 TEHRAN (FNA)- Iran’s Parliament Speaker Mohammad Baqer Qalibaf strongly condemned the cruel Israeli crimes against Palestinians, and said that the Islamic Ummah is standing by the Palestinian nation to punish Zionist aggressors for their crimes.

“The heart of Islam beats for Palestine. The Islamic Ummah and Resistance have stood by the Palestinian cause with strength and confidence so as to punish Zionists for their actions,” Qalibaf said on Sunday at the open session of the parliament, adding, “We strongly condemn the brutal crimes of the Zionist regime.”

"We welcome the resistance of all parties in Palestine and support any move to stop the Zionist regime's crime," he went on to say. 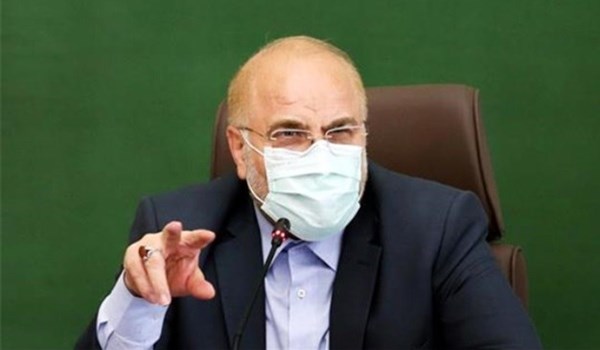 “Failed plans such as the deal of the century and compromising of some Arab leaders will lead nowhere,” Qalibaf stressed.

Israel continued its airstrikes on the besieged Gaza Strip, drawing a barrage of rockets from resistance groups in Gaza.

The death toll from Israel’s raids has risen to 140, including 40 children and 22 women. According to Palestinian officials, some 95 percent of the victims are civilians.

The Israeli-blockaded Gaza Strip and the occupied Palestinian territories have been simmering with rage in the past weeks over Israel’s scheme to expel dozens of Palestinians from their homes in the volatile Sheikh Jarrah neighborhood of the Old City in occupied East Jerusalem Al-Quds as part of a long-running scheme to Judaize Palestinian lands.

The anger against the Tel Aviv regime further intensified earlier this month with Israeli attacks on Palestinian worshipers in the Al-Aqsa Mosque compound during the fasting days of the holy Muslim month of Ramadan.

The Israeli military has been under fire globally over its crimes against Palestinians, especially those residing in Gaza, which has already been under a crippling Israeli siege.

“The ongoing developments in the occupied territories are the most unprecedented developments since the fake Zionist regime was created and there is no similar instance in terms of extensiveness,” General Javani said.

“The current developments have unique characteristics. Now the Zionist regime is surprised and has been completely surrounded by the resistance front," he added.

General Javani said that the incidents in the past few days in the occupied territories have well demonstrated the ability of the resistance front to confront the Zionists’ military power and to reveal the weaknesses of the Zionist regime's defense system.

General Javani said that the resistance forces in Lebanon, Syria, Iraq, Yemen, and throughout the region strongly support the Palestinian people in this confrontation.

“The future belongs to the Palestinian people and the resistance front, and the Zionist regime will have no destiny but destruction,” he underlined.