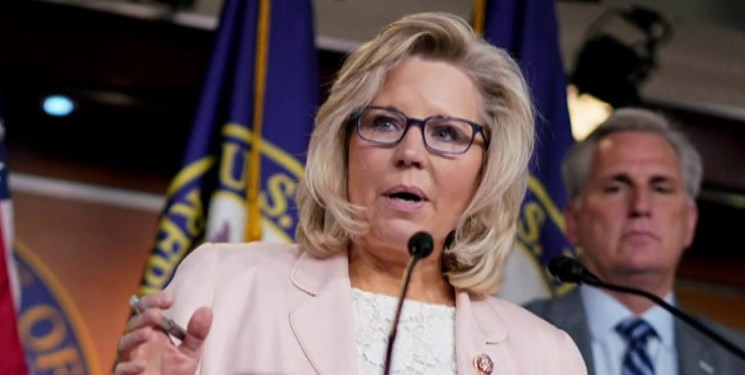 TEHRAN (FNA)- Wyoming Representative Liz Cheney claimed that some Republican lawmakers voted against the impeachment of Donald Trump out of fear for their lives, not because they believed the president was innocent of impeachable offenses.

The Republican lawmaker told CNN on Friday that there were “more members who believe in substance and policy and ideals than are willing to say so”, referencing the impeachment vote which took place after the deadly US Capitol riots.

“If you look at the vote to impeach, for example, there were members who told me that they were afraid for their own security – afraid, in some instances, for their lives,” Cheney said, claiming that she heard this fear from several members of Congress.

“And that tells you something about where we are as a country, that members of Congress aren’t able to cast votes, or feel that they can’t, because of their own security,” she added.

Her statements came hours after Republican Representative Elise Stefanik of New York, who holds a less-conservative voting record than Rep Cheney, was elected to take over as House GOP conference chairwoman.

What separates the two women, though, is Stefanik has pushed the “Big Lie” that the election was stolen from the former president.

Rep. Cheney was ousted from her leadership position in the House GOP after she repeatedly denounced Trump and his false claims that the 2020 election was stolen.

“We’ve seen an evolution of, you know, a general situation where conspiracy theories are rampant, where good people in a lot of instances have been misled and believe things that are not true,” Cheney said on CNN.

Rep Cheney voted to re-elect Trump in 2020 but has since expressed regret over that decision.

She was one of ten Republican House lawmakers who voted to impeach Trump for his actions that led to the January 6 US Capitol riots.

Cheney has vowed to do everything in her power to prevent the former president from being re-elected in 2024.

“I was never going to support Joe Biden and I do regret the vote [for Mr Trump],” Cheney also told ABC.

“It was a vote based on policy, based on substance and in terms of the kinds of policies he put forward that were good for the country. But I think it’s fair to say that I regret the vote,” she said.

Since the January 6 riots and Trump’s lies about President Biden winning the election, Cheney has become more outspoken against the former president.

“We have to recognize what it means for the nation to have a former president who has not conceded and who continues to suggest that our electoral system cannot function, cannot do the will of the people,” she said.