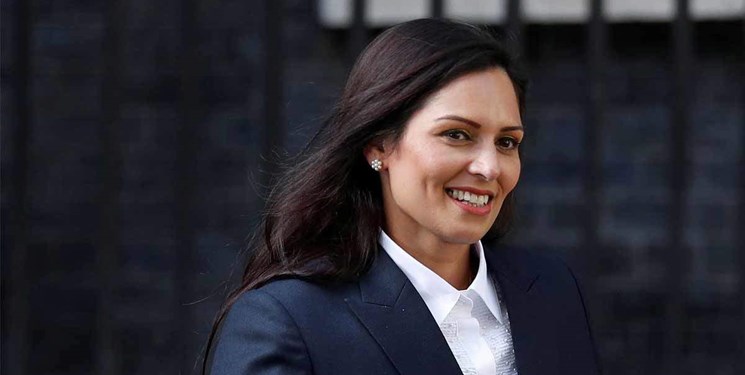 In a letter signed by the Deputy Labour Leader, Angela Rayner, and shadow Home Secretary, Nick Thomas-Symonds, the party urged the cabinet secretary Simon Case to investigate the home secretary over alleged efforts to sway the award of a contract, The Guardian reported.

Her efforts failed after the Health Secretary, Matt Hancock, said the masks were “not suitable for the NHS”, according to disclosure in a legal case.

But PDL was awarded a £102.7mln contract weeks later in July to provide a different type of mask. On both occasions, Samir Jassal was Patel’s contact at PDL.

Jassal has stood as a Conservative candidate at two general elections and has met Prime Minister Boris Johnson and David Cameron.

A spokesperson for Patel denied any wrongdoing.

He said, “The home secretary rightly followed up representations made to her about the vital supply of PPE. During a time of national crisis, failure to do so would have been a dereliction of duty.”

However, Labour said there was “no evidence that the home secretary had any interest” in the PPE deal until contacted by Jassal, suggesting that she did it “as a favour to her friend”.

“This would represent a glaring and flagrant breach of the ministerial code,” the letter read.

Labour pointed to the principle that “ministers must ensure that no conflict arises, or could reasonably be perceived to arise, between their public duties and their private interests, financial or otherwise”.

Disclosure from the government – in response to a pre-action letter from the Good Law Project campaign group – revealed a letter Patel wrote to Gove in May last year. The Daily Mail, which first reported on the documents, said the possible deal was worth £20mln.

In the letter, Patel expressed disappointment that the government no longer required supplies of KN95 masks from PDL, saying “they have committed stock and secured supply, exposing them to considerable financial risk and pressures”.

“The late stage in which the government has decided not to use them has caused these problems,” the home secretary wrote on May 3 last year.

She went on to say she would be “most grateful” if Hancock could review the matter urgently and urged him to “work with the company to distribute and supply these masks”.

Hancock wrote back 10 days later to say that “KN95 face masks are Chinese standards” and that UK officials have concluded that they are “not suitable for use in the NHS”.

On Saturday, Rayner tweeted, “In April 2020, Priti Patel should’ve been securing our borders against COVID – not working on get rich quick schemes for a Tory donor.

“The PPE didn’t even work, it was deemed unsafe for NHS staff. Patel needs to come clean and we need to know if she broke the ministerial code,” Rayner added.

Jolyon Maugham, the director of the Good Law Project, which is investigating how coronavirus contracts were awarded, said the judicial review into the £102.7mln contract “may be the most important” that he has been involved in.