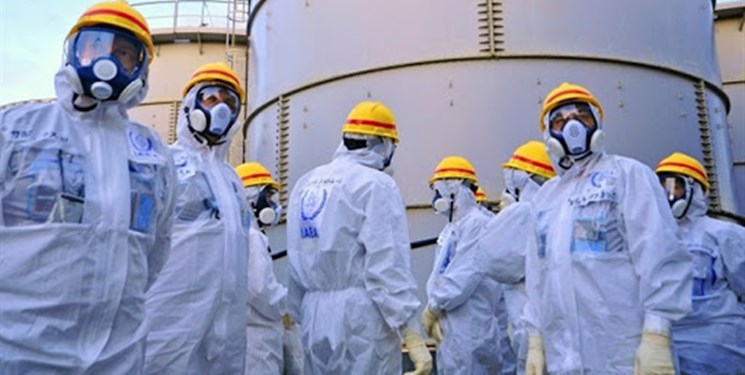 TEHRAN (FNA)- Iranian Foreign Ministry Spokesman Saeed Khatibzadeh said that the International Atomic Energy Agency (IAEA) inspectors have no access to Iran’s nuclear installations beyond the safeguards agreement based on the parliament’s law of strategic action to remove sanctions.

“The parliament’s law is binding, and what is agreed between Iran and the IAEA is within the same framework. The parliament law bans the Agency’s access beyond the safeguards agreement and its implementation started three months ago and now the Agency has no access beyond the safeguards agreement and we agreed that the footages should be recorded and not given to them. We can clear the tapes at the end of three months or extend the agreement based on an internal decision made by lawmakers,” Khatibzadeh told reporters in a press conference in Tehran on Monday. 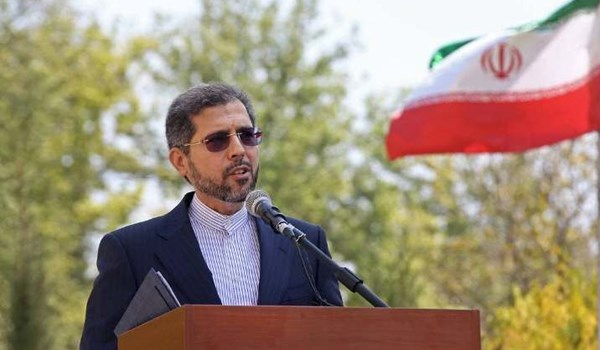 “If the agreement between Iran and the IAEA yields results, it is an internal issue and between us and the IAEA, and continuing the measures under that agreement would not be a violation of parliamentary law. Talks have been held and studies are underway based on the progress made in the talks, and if the negotiations move on the right track this internal decision may be made, but in either cases access beyond the safeguards agreement will not be granted to the Agency,” he added.

Iran's Ambassador and Permanent Representative to the Vienna-based International Organizations Kazzem Gharibabadi in March declared Tehran’s halt of the voluntary implementation of the Additional Protocol to the Non-Proliferation Treaty, saying that the IAEA would continue uncalled visits under the safeguard agreements.

Gharibabadi said that the recorded data [from nuclear facilities] will be handed to the International Atomic Energy Agency during the three-month period only after the full removal of all sanctions by the US, and added, “otherwise, all the information will be deleted at the end of the third month.”

“What is carried out under the additional protocol is additional access [to Iran’s nuclear facilities],” he further said, and pointed out that uncalled visits to Iranian nuclear sites would continue under the safeguard agreements.

Elsewhere, Khatibzadeh was asked about the ongoing talks between Iran and the Group 4+1 (China, Russia, Britain and France plus Germany).

“Talks continue. There is no initial agreement and no agreement is made unless everything is agreed upon,” he answered, stressing, “Meantime, we do not want talks of attrition.”

In relevant remarks earlier this month, Iranian Deputy Foreign Minister and top negotiator in Vienna talks Seyed Abbas Araqchi said that his country will not resume implementation of the Additional Protocol to the Non-Proliferation Treaty (NPT) before the removal of all US sanctions.

“Resumption of voluntary application of AP (Additional Protocol) by Iran is predicated on sanctions being lifted,” Araqchi wrote on his twitter page.

“We'd like to get to it before 21 May, if possible We're serious and determined, ready to do it even tomorrow: once sanctions are verifiably lifted, we'll return to full implementation of JCPOA,” he underlined.

Khatibzadeh early in May that the Vienna talks are not about a new round of bargaining, stressing that the US should know that bargaining ended in July 2015.

“Washington must know that the new round of nuclear talks in Vienna is not a ground for another round of bargaining,” Khatibzadeh said, adding that bargaining ended in 2015 when the Joint Comprehensive Plan of Action was inked between Iran and G5+1.

Khatibzadeh said that his country will not accept any undertakings in addition to what has been stated in the nuclear deal in the ongoing talks with the Group 4+1 (Russia, China, Britain and France plus Germany) in Vienna.

“We do not accept nuclear deal plus. It is not up to us how the US government will effectively lift sanctions in its domestic policy. Our issue is to see and verify the effective lifting of sanctions, and then we will stop our remedial measures,” Khatibzadeh told reporters in a virtual press conference in Tehran o.

Earlier this month, Khatibzadeh said the country’s negotiating team is in no rush in the nuclear talks, but they won’t let the attrition talks either.