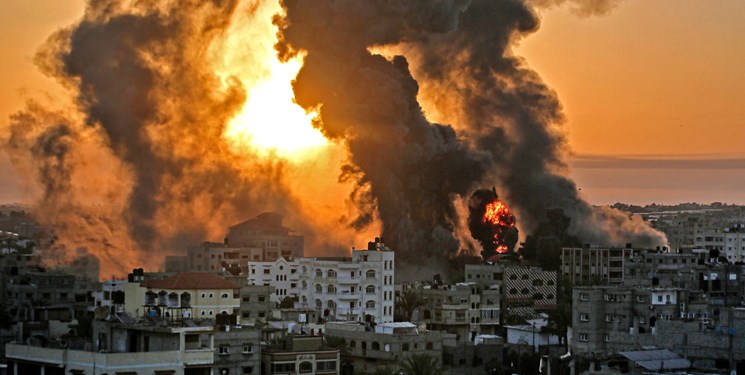 TEHRAN (FNA)- A leading Arab media outlet reported on Tuesday that the Palestinian resistance groups have rejected an offer by Israel to endorse a ceasefire agreement in return for huge financial aid funded by a Persian Gulf Arab littoral state.

According to the report, the Palestinian resistance continues to insist on the evacuation of the Al-Aqsa Mosque from the Zionist regime's police and military forces, assurances for the freedom of Muslim worshiping and prayer in the Al-Aqsa Mosque without any restrictions and end of crimes against the residents of Sheikh Jarrah neighborhood. The Zionist regime has not yet accepted these conditions.

At least 212 people, including 58 children, have been killed in the Gaza Strip since the latest violence began a week ago. More than 1,300 Palestinians were also wounded.

“In 2014, we had humanitarian corridors where we could move between installations and bring material,” he told Al-Jazeera.

“They are also striking very close to our installation, so the understanding we had in the past such as keeping some distance in our installation is not being respected sufficiently,” he added.

Asked about reports suggesting that Israel warned the UN agency that it planned to bomb two UN-run schools, Schmale stated he had not received any direct warnings so far.

“We have more than 41,000 people in 50 schools, so it would be of great concern if any of these installations were directly hit,” he added.

Reporting in front of the Al-Shifa Hospital in Gaza City, journalist Youmna Al-Sayed stated, “It’s an other tense day in the Gaza strip", a few minutes after an Israeli missile hit a car a few metres away from her killing three people.

“Hospitals are running out of resources, corridors and all departments, including the administration, are filled with beds and mattresses,” she said.

“Electricity comes from one to three hours at best, which is a crisis for hospitals as well while generators are running out of fuel,” Al-Sayed noted, adding that the power crisis triggered a water shortage as well.