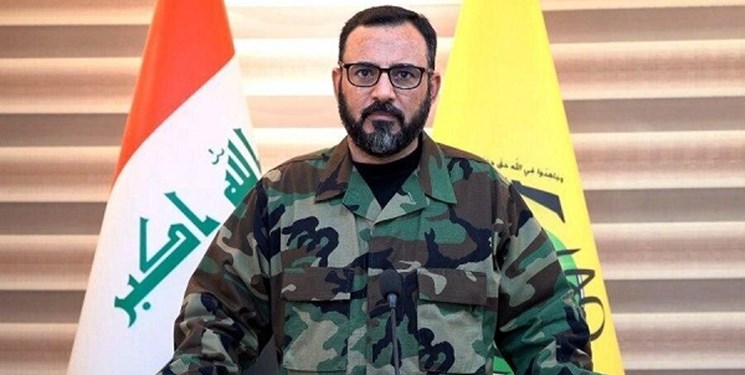 TEHRAN (FNA)- Spokesman of Iraq’s al-Nujaba Resistance Movement Nasr al-Shammari declared the group’s readiness to enter direct war against Israel upon a demand by the Palestinians.

“We are ready to enter a direct conflict with the Zionist regime in support of Palestine,” al-Shammari said, adding that participation in any war against Israel depends on the will and demand of the Palestinian resistance groups. 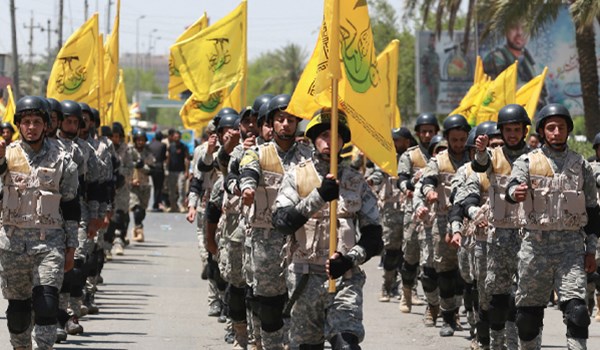 He also congratulated the Palestinian resistance groups for their missiles’ power whose range has come to cover all occupied territories, and expressed the hope that this battle would be a strategic battle incomparable to the previous wars and would be a prelude to the decline of the Zionist regime.

Meantime, al-Shammari lauded Iran, specially former Commander of the IRGC Qods Force Lieutenant General Qassem Soleimani, for transferring experiences to the resistance forces, saying that a clear instance of his success is the power balance he created between the Palestinian resistance and Israel by the powerful missiles developed by the Palestinians.

“With the turn of the Stone Intifada to the Missile Intifada, the hero Palestinian nation has replaced Israel’s Nile-to-Euphrates dream to a nightmare about protecting the Zionist regime's terrorist base,” General Hatami said in a meeting with the Syrian industry and trade ministers’ deputies in Tehran.

Israel and Palestinian groups in the Gaza Strip have been exchanging missile strikes since May 10, following an outburst of unrest near the Al-Aqsa mosque in Jerusalem’s Old City in early May. Clashes between Palestinians and the Israeli police were triggered by an Israeli court ruling to seize dwelling houses in the Sheikh Jarrah neighborhood from Arab families who have been living there for more than 50 years in favor of Jewish settlers.

"No agreement has been reached. There have been no exact timeframe for the ceasefire as well," he said, adding, "Mediator efforts and contacts continue without cease."

An official source in Cairo told TASS on Tuesday that Egypt had put forward a proposal for Israelis and Palestinians to cease fire starting from 06:00 local time on Thursday, May 20.

"Cairo has put forward a proposal to cease fire from 06:00 local time on Thursday, May 20, in coordination with the US administration," the source stated, noting, "We are waiting for the Palestinian factions and the government of Israel to respond, and expect military operations to be stopped at the end of this week."

According to the official, an Egyptian delegation on security matters was to depart to Tel Aviv for talks with Israeli colleagues. Contacts with the Palestinian side are maintained as well, but no visit to Gaza has been scheduled so far due to ongoing air strikes.

According to Al-Arabiya, the United States and the European Union, as well as Palestinian factions, support Egypt’s ceasefire initiative. Israel, however, has not yet responded to the proposal.

The TV channel reported that an Israeli delegation has been invited to Cairo for consultations on the ceasefire initiative.