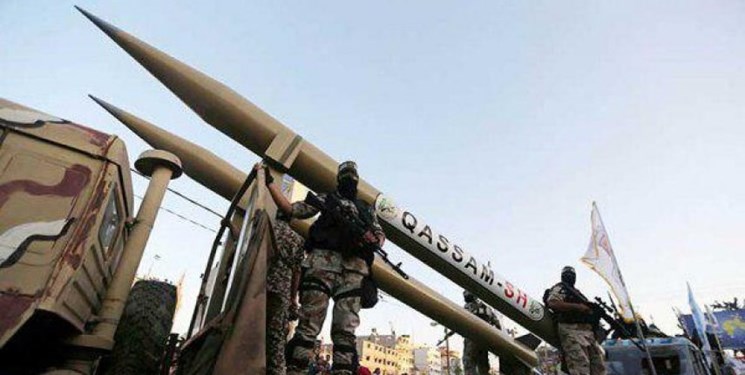 TEHRAN (FNA)- Iran's Assembly of Experts in a statement underlined that the rocket Intifada launched by the Palestinian resistance forces has shattered Israel's empty awe.

Iran’s top advisory and vetting body in its statement on Wednesday called the reprisal “commendable defense and a new Intifada (Uprising)” on the part of the resistance groups.

It said by staging the counterattacks, the movements “put new aspects of the struggle against the Zionist regime on display.”

The reprisal, the statement added, “smashed the usurping regime’s hollow grandeur and delighted the believers and right-seeking people across the world.”

Nevertheless, the “infanticidal” regime’s savage attacks have served to further unveil the “sinister nature of the bogus, racist, and barbarous regime’s brutality,” said the Assembly.

The unchecked violence has also laid bare the evil identity of those supporting this “cancerous tumor,” especially the United States, some European countries, and a number of regional states, it added.

The United States, Israel’s biggest ally, has, throughout the United Nations Security Council’s history, blocked 44 anti-Tel Aviv resolutions. So far, it has prevented the issuance of even a simple Security Council statement urging the cessation of the violence.

Washington’s European allies have likewise emphasized the Israeli regime’s “legitimate right to defend itself.” Regional countries, such as the United Arab Emirates and Bahrain, have also emboldened the regime in its savagery by normalizing their relations with it through Washington’s facilitation.

The Assembly of Experts said, “However, through divine assistance, the holy flame of the zealous and courageous Palestinian youths will grow bigger every day and eventually catch up on all of them.”

The Islamic Republic, the statement concluded, meanwhile, continues to consider supporting Palestine to be its undeniable duty, and assures the Palestinian nation that it would keep standing by its side “upon this fateful stage” as before.

In relevant remarks on Wednesday, Iranian Defense Minister Brigadier General Amir Hatami condemned the “unforgivable” crimes of the Zionists against the Palestinian nation, saying that the Palestinians’ military progress and missile development has turned the Zionist regime’s dreams into nightmares.

“With the turn of the Stone Intifada to the Missile Intifada, the hero Palestinian nation has replaced Israel’s Nile-to-Euphrates dream to a nightmare about protecting the Zionist regime's terrorist base,” General Hatami said in a meeting with the Syrian industry and trade ministers’ deputies in Tehran.