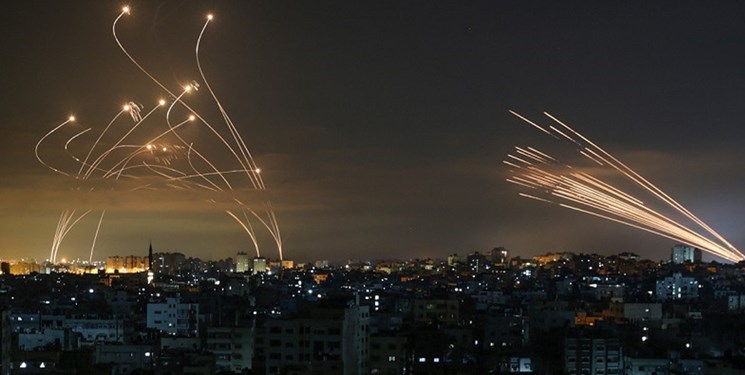 TEHRAN (FNA)- The leader of the Hamas movement said the Palestinian resistance in the besieged Gaza Strip has managed to shatter the image of Israel’s army.

“The Palestinian resistance in Gaza has succeeded in smashing the Israeli occupation army’s image,” said head of Hamas’s foreign political bureau Khaled Mishaal in an interview with Al-Aqsa satellite channel on Thursday.

He stressed that no one could wager on Israel any longer after the Palestinian resistance dealt severe damage to the regime’s image, the Palestinian Information Center reported.

“Our people in Gaza and Al-Quds breathed a new life into the intifada (uprising) and Gaza made the impossible possible when it rose up for Al-Quds,” Mishaal said.

The Hamas leader also stressed the need for the Palestinians in the occupied West Bank and the 1948 occupied territories to continue and escalate their uprising against the Israeli regime.

Since May 10, the Israeli military has launched a bloody military onslaught against the  Gaza Strip, razing many homes and civilian buildings to the ground in the already-besieged Palestinian territory.

Meanwhile, Palestinian sources reported on Thursday that the death toll from Israel’s ongoing aggression against the besieged Gaza Strip has risen to at least 232 Palestinians, after five more Palestinians were killed in Gaza on Thursday, including 65 children and 39 women.

The report by the Palestinian Health Ministry noted that Israel’s military aggression, which entered the 11th day, has also wounded a total of 1,900 civilians, dozens of them seriously.

The report added that an Israeli warplane bombed the house of Iyad Salha, a man with a physical disability, killing home along with his wife, who was seven months pregnant, their two-year-old girl, Nagham, and a female neighbor.

Israeli warplanes launched renewed aerial attacks at dawn Thursday on different civilian areas of Gaza, destroying at least seven homes, killing one woman and wounding many others, including children.

According to local sources, one woman identified as 32-year-old Huda al- Khazindar was killed and seven others suffered injuries when airstrikes targeted four homes belonging to families in Khan Yunis City.

Other two homes were also bombed in Al-Jalaa and Al-Sabra neighborhoods in Khan Yunis, injuring four children from the same family, including a 10-year-old girl who lost one of her legs.

An air raid also destroyed a house belonging to the family of Ammar in Al-Bureij refugee camp in central Gaza, with no reported casualties.

In a report on Wednesday, the Palestinian Information Center said the Palestinian Ra’ee (Opinion) Media Agency, affiliated with the Government Media Office in Gaza, had published over a thousand photos without logo, documenting the Israeli crimes and aggression on the Gaza Strip.

The agency said on Tuesday that its goal in publishing the photos is to expose Israel’s crimes and its aggression on the impoverished Gaza Strip.

The Ra’ee Media Agency said the photos are available to all media colleagues, journalists and activists all over the world for use in various media productions, stressing that no party is allowed to sell the pictures.

Israeli warplanes in the early hours of Thursday conducted fresh airstrikes on different civilian areas of Gaza, destroying at least seven homes, killing one woman and wounding many others, including children.

In retaliation for the attacks, Al-Qassam Brigades, the military wing of Hamas, renewed its bombing of the Tselem land base with a rocket strike.

In a statement on Thursday, Al-Qassam Brigades further announced that its missiles hit the logistical base of Mishmar Hanegev as well as the settlement of Nir Ishaq.

On May 16, Israeli major general Ori Gordin said Gaza-based Palestinian resistance groups had fired around 3,000 rockets toward the occupied territories over the previous several days, surpassing the pace seen during an escalation in 2019 and the 2006 war with Lebanon's Hezbollah resistance group.

Retaliatory rocket attacks by Hamas and Islamic Jihad against Israeli targets come in response to Israel’s relentless airstrikes on the densely-populated enclave.