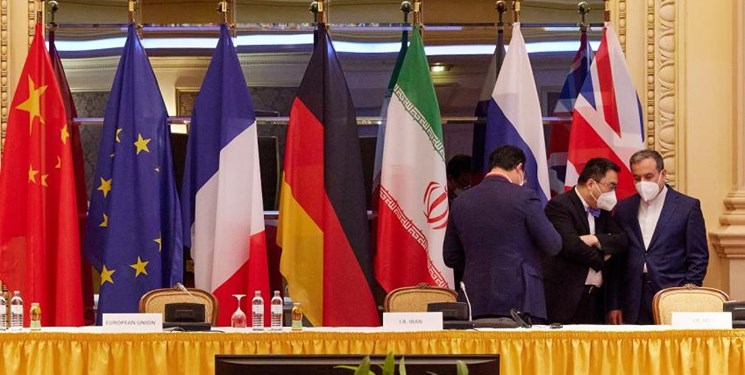 TEHRAN (FNA)- Iranian Deputy Foreign Minister and top negotiator Seyed Abbas Araqchi announced on Tuesday that serious and key issues have still remained unresolved in talks between Iran and the Group 4+1 (China, Russia, Britain and France plus Germany) in Vienna.

“Today, a new round of our negotiations with the G4 + 1 countries will begin. In the past (the last four rounds of talks), we have made relatively good progress and paved a special path and we know that we have to move along a clear path,” Araqchi said before taking part in the 5th round of meeting of the nuclear deal’s Joint Commission in Vienna.

“Serious and important issues still need to be resolved,” he added.

“Today, we will start the negotiations again and God willing, we hope to be able to reach the final solutions during the next few days of negotiations,” Araqchi said.

He noted that the meetings of the Joint Commission include holding formal and informal bilateral and multilateral negotiations, and added, “We had bilateral talks even before the start of the joint commission. I just had a very good meeting with the Russian delegation in which we reviewed the issues that need to be addressed in the negotiations, and thanks God, there were good common positions over a majority of issues.”

Iran’s President Hassan Rouhani said on Monday that the Americans have no choice but to remove all anti-Iran sanctions, adding that the failure of maximum pressure is a great victory for Iran.