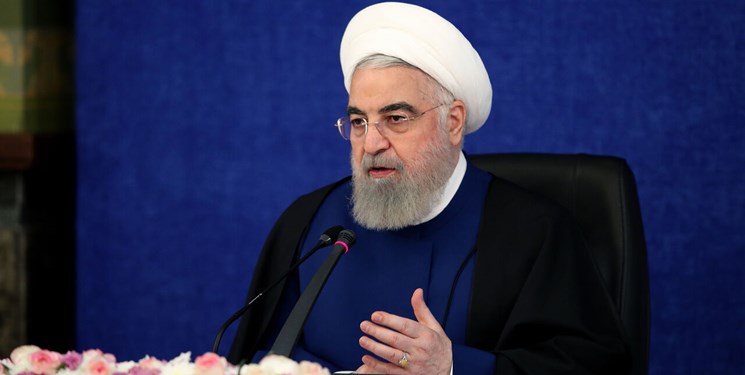 The projects which are located in North and West of the country will provide employment for 2,697 people.

A five star hotel in the gracious landscape of Heiran as well as renovation project of Amjad palace in Talesh both located in the Northern province of Gilan are among the projects inaugurated today.

Rouhani had also on May 13 inaugurated several infrastructural projects in the country's free trade zones.

The trade, industrial and economical projects were inaugurated in a ceremony through a video conference.

The projects, with a total of investment of 6,200 billion tomans, are in Eat Azerbaijan, Khuzestan, Sistan and Balouchestan, Hormuzgan and Alborz provinces in Northwest, South, Southeast, South and North of the country, respectively.

Addressing the ceremony, the president talked of Shalamcheh-Basra rail road project which is so strategic and can lead to development in this region.

"This will be a big development," said he, adding that the project will actually connect Iran from Iraq to Syria and to Mediterranean Sea.

Shalamcheh-Basra rail road project is an important plan whose operation is being followed up by the government during its final months, Rouhani underlined.

Preliminaries to the project have been completed, said the president, expressing the hope that it would lead to development of Southern and Southwestern Iranian provinces.