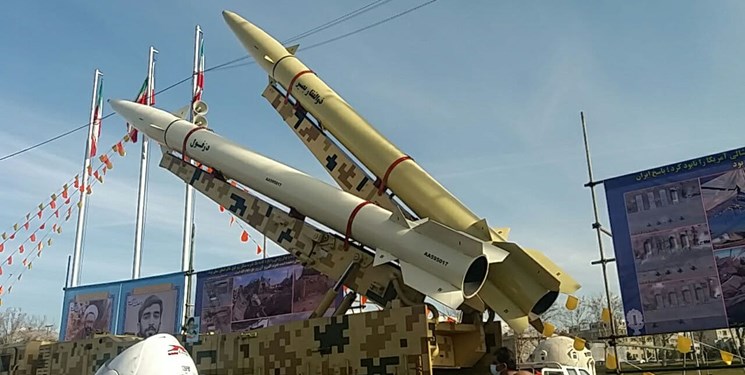 “The Zionist regime’s words and their threats are nothing but nonsense because (even) the besieged Gaza Strip imposed a severe defeat on the regime,” General Hajizadeh told the Arabic-language al-Masirah news channel on Saturday. 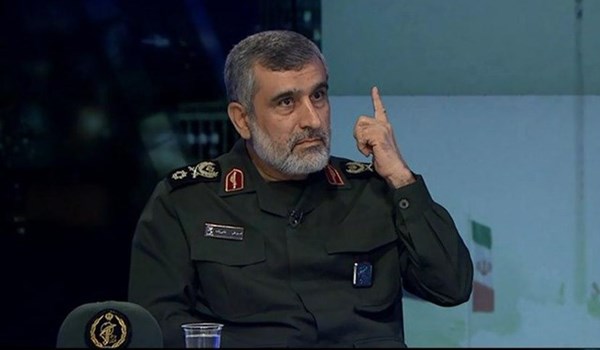 He added that the Zionist regime failed in the Gaza war, while the Palestinian people had manufactured their rockets and missiles from sewage pipes.

“The Zionist regime should pack its traveling bags and look for a living place in the US, Alaska or Europe,” General Hajizadeh said.

“The Zionist regime is fragile, and the Mossad’s threats and the option of war against Iran, specially after their incapability against the Palestinian resistance, are just nonsense,” he underlined.

The Palestinians and Israeli regime declared a truce on May 22 after 12 days of war.

The Israeli military launched a bloody military onslaught against the Gaza Strip on May 10, razing many homes and civilian buildings to the ground in the already-besieged Palestinian territory.

Meanwhile, Palestinian sources reported that the death toll from Israel’s aggression against the besieged Gaza Strip stood at 254 Palestinians, including tens of children and women.

The report by the Palestinian Health Ministry noted that Israel’s military aggression has also wounded nearly 2,000 civilians, dozens of them seriously.

Meantime, retaliatory rocket attacks by Hamas and Islamic Jihad against Israeli targets came in response to Israel’s relentless airstrikes on the densely-populated enclave.

Israeli sources said that Gaza-based Palestinian resistance groups had fired around 4,000 rockets toward the occupied territories over the previous several days, surpassing the pace seen during an escalation in 2019 and the 2006 war with Lebanon's Hezbollah resistance group.

Israel had to accept self-declared ceasefire.

Supreme Leader of the Islamic Revolution Ayatollah Seyed Ali Khamenei congratulated the Palestinian people’s victory over the Israeli regime in their battle and stressed that the Zionist regime will become weaker than ever.

Ayatollah Khamenei, in his message, thanked God All-mighty for the victory and honor he bestowed on Palestine and voiced his congratulations for victory over the criminal Zionist regime.

"Peace be upon the powerful and oppressed Palestine, the brave and zealous youth of Palestine, the heroic and resilient Gaza, Hamas and Jihad and all political groups in Palestine,” the Leader said.

“The divine test of these few days made the Palestinian people proud. The savage and wolfish enemy correctly recognized that it is unable against the unified uprising of Palestinian people. In these 12 days, the tyrant regime committed great crimes mainly in Gaza, and practically proved its inability to resist against Palestinian uprising. The continuation of the crimes and the request for a ceasefire both indicate its defeat. Finally, the enemy had to accept defeat,” he added.

The Supreme Leader further said that the wicked regime will become even weaker. The readiness of the Palestinian youth and manifestation of the power of valuable jihadi groups will increasingly make Palestine stronger and the usurper enemy more powerless and despicable.

“The beginning and end of conflicts depend on the recognition of great Palestinian jihadi and political figures, but the preparation and strong presence in the scene should not be stopped,” he noted.

“The entire Islamic world is responsible and religiously duty-bound in the face of the Palestinian issue. Political intellect and experiences of the ruling also confirm and emphasize this religious decree. Muslim states should sincerely support Palestinian people, either in the military reinforcement, financial support which is needed more than before, or reconstruction of infrastructures and ruins in Gaza,” Ayatollah Khamenei further stated.

“Muslim nations must demand this from their governments and the nations themselves are obliged to provide financial and political support as much as possible,” the Leader said.