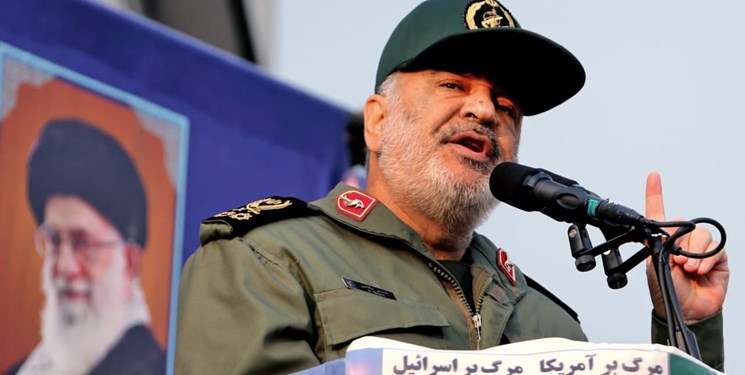 “The Israelis need to know that the hit-and-dun era is over and the Palestinians are stronger today,” General Salami said in an interview with the Arabic-language service of Russia Today on Saturday.

“A new Palestine has born. The recent war has imposed a powerful Palestine on the Zionist regime's calculations. The Palestinians will grow stronger day by day, and the Israelis should know that they will not be able to live beside an enemy which enjoys a great power now,” he added.

Earlier today, Commander of the IRGC Aerospace Force Brigadier General Amir Ali Hajizadeh said that the Zionist regime’s weaknesses were displayed to the world during the recent 12-day war between Israel and the Palestinian resistance groups.

“The 12-day war and the fierce resistance of the Palestinians speaks out for itself, and the resistance’s power should be found in enemies' words. We heard what the US CENTCOM commander said; they admitted that Iran has seized not only air but also military superiority from them,” General Hajizadeh said, addressing a ceremony in Tehran on Saturday.

He added that failures of the global arrogance and the Zionists are not limited to the occupied territories, Lebanon, Syria, Iran, Iraq and Yemen, and stressed, “The Zionists know that they should pick up (whatever they have) and leave this region. In Gaza [war], we saw that the basic necessities of life were not available to them. According to the leaders of the Zionist regime, they showed the nature and defeat of this regime to the world, and the bones of the Zionist regime were cracked in this war, and everyone saw this. This is only the beginning of the collapse of the Zionist regime and a turning point in their collapse.”

General Hajizadeh noted that the US will also collapse with the collapse of the Zionist regime, and added, "All those who oppress people in the world will collapse, and God willing, we will see great successes and victories in the future, and greater victories are ahead."

Meanwhile, Hamas leader Yahya Sinwar warned Israel on Wednesday that the Palestinian resistance group is capable of firing hundreds of missiles with ranges of up to 200 km towards the Israeli-occupied territories in one minute.