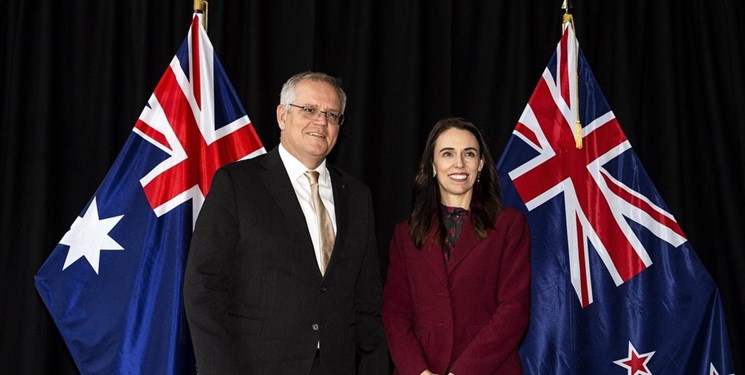 The show of solidarity came after a media report suggested Wellington was cozying up to China, RT reported.

Prime Ministers Ardern and Morrison met in Queenstown, New Zealand on Monday. They issued a joint statement expressing concern over Beijing’s “intensification of destabilising activities” in the South China Sea and accused China of taking steps to undermine the autonomy of Hong Kong and restricting human rights and freedoms there.

The leaders also called on China to “respect the human rights of the Uyghur people and other Muslim minorities”.

Beijing strongly denies any crackdowns on human rights within its borders, denouncing the claims as Western propaganda.

Ardern told reporters the two neighboring countries have “broadly been positioned in exactly the same place” on major issues like human rights and trade.

“I really push back on any suggestion that we are not taking a strong stance on these incredibly important issues,” she said.

The public display of unity came right after New Zealand’s China policies were called into question in a much-discussed documentary by Channel 9’s ‘60 Minutes Australia’. In the show’s dramatic trailer, New Zealand’s approach to Beijing was characterized as a “deal with the devil”, splitting with Australia in order to make “a fast Chinese buck”.

The episode was advertised with the tagline, “Could it be that New Zealand is turning into New Xi-land?” referring to Chinese leader Xi Jinping.

Ardern denounced the portrayal of her country as cozying up to China.

“I think what we’re dealing with here is more of a perception issue – particularly, I notice, from the Australian media, than reality,” she told ‘The AM Show’ on Monday.

When asked if he thinks New Zealand is selling out its sovereignty to China, Morrison said no.

“Australia and New Zealand are trading nations, but neither of us would ever trade our sovereignty or our values,” he said.

Relations between Australia and China have deteriorated significantly since Australia called for an investigation into the origins of COVID-19. The diplomatic rows involved tariffs, disputes in the sphere of telecommunications, and politicians exchanging blows on social media.