Spokesman: Iran-Venezuela Not Against Any Third Party 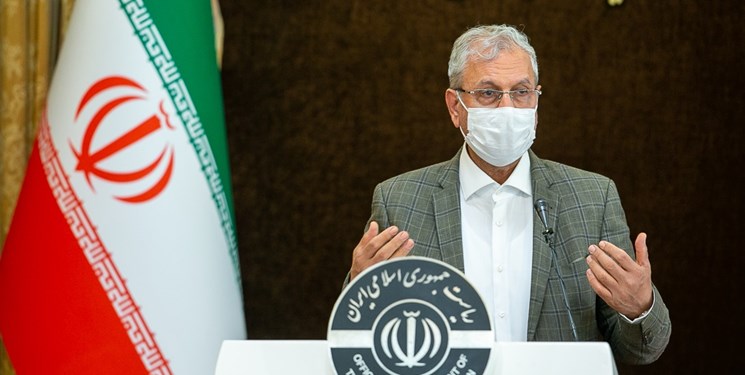 TEHRAN (FNA)- Iranian Government Spokesman Ali Rabiyee underlined good relations and cooperation between Tehran and Caracas in different fields, including military arenas, but meantime reiterated that the two countries' ties are not meant to harm any third party.

“There is nothing abnormal in the friendly and traditional relations between Iran and Venezuela, and the Islamic Republic of Iran considers its inalienable right to establish friendly relations with all nations of the world in accordance with international laws and regulations in all economic, political, cultural and military dimensions to strengthen mutual cooperation and international peace,” Rabiyee told reporters in a press conference in Tehran.

“The Islamic Republic of Iran’s Naval vessels have always had positive and successful operations in the region and surrounding areas for peaceful purposes, including fighting against pirates and smugglers and protecting the environment,” he added.

“Our relations with Venezuela are not against any third country and there is no reason to worry about these relations. Using the word provocative to describe these relations is a wrong and pessimistic choice and does not reflect our real intention to have constructive relations with all nations of the world, including Venezuela,” Rabiyee said.

“The Islamic Republic of Iran extended a hand of friendship to the region even during the era of Trump's evil acts. Iran's vision in the fight against terrorism and security peace is clear,” he added.

His remarks came after the Politico magazine reported that “the US national security community is monitoring two Iranian naval vessels whose ultimate destination may be Venezuela”.

In response on Monday, the Iranian foreign ministry had warned the US officials to avoid miscalculations about the country’s warships in free waters which Washington claims might be heading to Venezuela.

“No country can violate this right,” he underlined.

Khatibzadeh warned the US officials not to “make miscalculations”, and added, “Those who have sit in glass houses should be careful.”

The Iranian Navy has been conducting anti-piracy patrols in free waters, specially the Gulf of Aden (which links the Indian Ocean with the Suez Canal and the Mediterranean Sea and is an important energy corridor, particularly because Persian Gulf oil is shipped to the West via the Suez Canal), since November 2008, when Somali raiders hijacked the Iranian-chartered cargo ship, MV Delight, off the coast of Yemen.