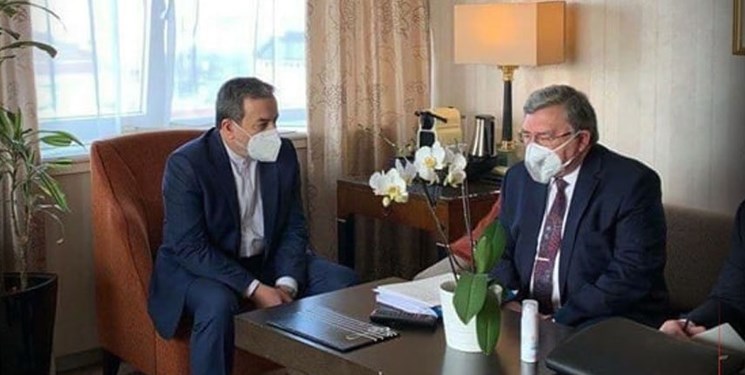 Another bilateral consultation between Iran and Russia took place in Grand Hotel before the Joint Commission meeting. pic.twitter.com/S0aPFw9A8z

In relevant remarks on Monday, Qaribabadi said that the delegations of Iran, China and Russia have reviewed issues related to the Joint Comprehensive Plan of Action, including removal of sanctions by the United States.