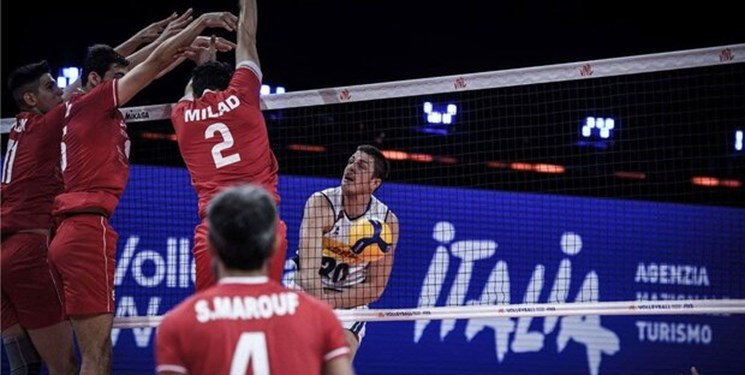 TEHRAN (FNA)- Iran's national volleyball team was declared as the best team in Asia in the world volleyball rankings.

The Iranian national volleyball team was the best Asian volleyball team in the world in recent years, but last week, after losing to Japan, it lost the title to its Asian rival.

However, after Iran's victory over Italy and Japan's 3-0 defeat to Brazil, Japan fell two places in the table and was ranked eighth in the world lower than Iran. Iran remains in the seventh place in the world.
The international volleyball federation rankings are updated live at the end of each match of the nation’s volleyball league.

Iran produced a solid performance on the back of some great blocking that produced 10 points (five from Mojarad Aliasghar alone) and high scoring by Saber Kazemi on 24 points.

The team will face Bulgaria on Saturday in the last match of Week Two.

A total of 32 of the world’s top national teams compete at the VNL 2021 bubble in Rimini, Italy to showcase electrifying volleyball action for millions of fans worldwide.