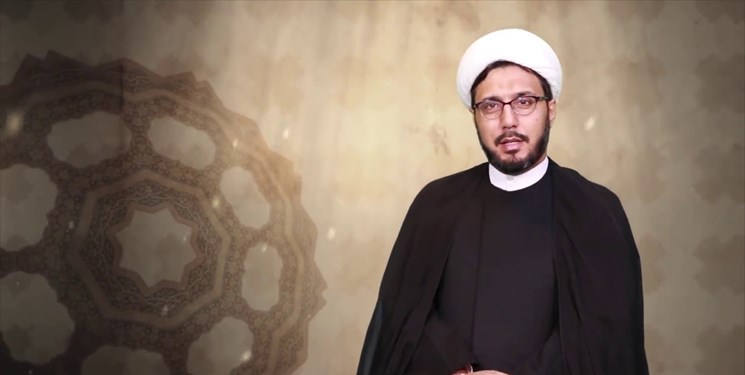 TEHRAN (FNA)- Yahya Jahangiri, Islamic scholar and lecturer, says papal visit to Iraq's highest Shia authority meant there is no strength without unity of the religions and their followers.

Speaking in an interview with FNA, Dr. Jahangiri said, “Instead of some secular voices trying to deviate the minds of humanity, saying that religions produce violence, particularly highlighting some concepts of Islam like Jihad, the truth, which the humanity has understood, is that religions are there to establish peace… The religious leaders can play their own role… The Abrahamic religions should come together to produce solidarity and peace in the world.”

Yahya Jahangiri Suhrawardi, Ph.D, Islamic Studies and Shia Research, is an award-wining author and university lecturer. His research interests include Theology, philosophy of religion and inter-religious studies. He is also the editor of Payam e Ijtihad, a scientific journal specialized on Islamic Jurisprudence.

Q: The Pope broke the headlines by visiting the temple in Ur city, and once again did so by visiting Ayatollah Sistani. What was the significance of the papal visit?

A: The significant message of this visit is today we cannot establish peace globally without religious leaders and without relying on religious teaching. His visit in the crucial atmosphere of Iraq, even though Daesh is still partially active in some areas, shows that the religious leaders can play their own role. But, we cannot establish peace through relying on a certain religion, such as Christianity or any other religions. The Abrahamic religions should come together to produce solidarity and peace in the world.

What today the mankind is suffering from is violence in various forms. In the nineteenth century, the secular world tried to remove the religion from the society; but, today, they force the religious leaders to become active in social fields. Those who limited Christianity to Vatican now invite Christianity to be active in the society. It shows that we will see religious revival in the future.

Q: Why do you think Ayatollah Sistani raised the Palestinian Cause in his discussion with the Pope?

A: One of the purposes of the Papal visit to Iraq was to visit Ur city, a holy Abrahamic city. When Ayatollah Sistani understood that his visit to Ur is to revive the Abrahamic holy city, he emphasized the importance of one of the very important Abrahamic cities in the world, which is Palestine. This highlights that the Palestinian issue is not only a political issue, but also a religious matter. The leaders of the Abrahamic religions are today trying to revive the religious symbols and sacred cities; why do they have to be silent with regard to Palestine? Religious leaders have the responsibility over their shoulders to protect the rights of this region from the religious perspective. Palestine can be a sacred place for all Abrahamic religions followers. Al-Aqsa mosque is more sacred than Ur.

Q: How do you believe interfaith dialogues can result in peaceful coexistence of the followers of different religions?

A: Instead of some secular voices trying to deviate the minds of humanity, saying that religions produce violence, particularly highlighting some concepts of Islam like Jihad, the truth, which the humanity has understood, is that religions are there to establish peace. Even the concept of Jihad is emphasizing peace more than violence, as Jihad has spiritual meaning rather than meanings related to war or army. By the way, today, we cannot establish peace without relying on pure religious teachings. We see that in Islam we have very deep meaning of peace and many approaches to that. If we elaborate the key concept of peace in Islam, we have the concept of Rahman (“mercy”) as our prophet has been appointed as the prophet of mercy. But, there are other words that there are no synonym nor similar words for them in other religions and languages. For example, our prophet established Solh (“peace”) in the world, but also he emphasized on the concept of the Selm, in a way that there is no synonym for that in English and we need to transliterate the term into English. If we look into the depth of the concept of Selm, we see that this concept produces a very wide and deep meaning of peace, in the way that “we have to” care about the peace and establish the peace, not only with others, but also within ourselves, with environment, and even with animals. So, this wide meaning of peace shows that without establishing peace within yourself, you cannot talk about peace outside.