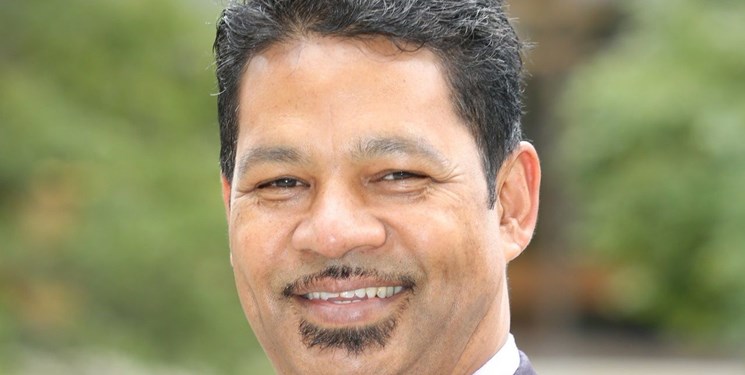 TEHRAN (FNA)- Imam Achmat Salie, scholar and Islamic expert, says US Muslims face “Zionist Islamophobia” caused by the culturally embedded racism, that is derived from the never-ending class struggle in the US.

Speaking in an interview with FNA, Imam Salie said, “A powerful, greedy, and corrupt elite/cabal - the 0.01 % - has been the de facto rulers of the USA… They have a divide-and-rule policy […] to keep society divided.”

Dr. Imam Achmat Salie is the founder of the Islamic studies program at Oakland University and founder and director of the same program at the University of Detroit. His academic preparation includes degrees in Islamic Jurisprudence, Arabic, Education, Business, and is currently completing a second PhD. He has been an imam at many mosques in Michigan and Toledo.

Q: What are the important characteristics of the US-based Muslims, Arabs, and immigrants from the West Asia and North Africa?

A: Muslims in the USA, are some of the smartest and most creative in the world. Some are here because of a brain drain policy and others are here by choice; many have embraced Islam. During the Great Passage (European slavers capturing Africans), many skilled artisans and aristocracy that were Muslim, were targeted for capture - a forced brain drain. Every war against a sovereign nation with large Muslim populations, generated a ‘voluntary’ brain drain - highly indebted to their new host nation. Polls by groups with political agendas (including Gallup) deliberately understate the size of the American Muslim population by at least 500%; if Gallup says 3.3 million then it would be more than 16.5 million. Other more sinister groups with political agendas would decrease the population size by 1000% and magnify their faults by 1000% - bill boarding faults and footnoting achievements of a targeted Muslim community is an old colonial strategy. There are more Nigerian doctors in the USA than in Nigeria. Almost all the 70+ Muslims ethnic communities have billionaires among them. At times, the powers that be would target them to get to their wealth. Many Muslim communities pay a black tax - working twice as hard to earn less than a WASP (white Anglo-Saxon male), but more than 25% of Muslims are entrepreneurs. The browning of American universities - with more than 50% of professors that are not white, include many, many Muslims and Arabs - some of them with many patents. The Yemeni, Balkan, and Lebanese communities in Michigan have contributed, enhanced, and improved the automobile industry for more than 100 years in significant ways.

Muslims unfortunately, underestimate their contributions and power and are still far too apologetic when they make demands from their politicians that are civil servants but act like masters. Too few Muslims, mastered the hard sciences (Medicine and Engineering) and not the complicated sciences- or the Humanities; this is a disadvantage. We need more thinkers (sociologists, anthropologists, psychologists, linguists, novelists, etc.) to provide vision and strategies to consolidate our strengths and leverage our numbers. African Americans have contributed some of our greatest heroes like Malcolm X and Muhammad Ali. The good news is that the human spirit is resilient; there are many movements by fearless Muslims and non-Muslim souls. Muslims need great leadership-not coopted by the deep state- to unleash their enormous powers to turn America from a military to a moral mission, reset the Great Reset (the New abnormal) and turn tragedies into a triumph for humanity and faith. Optimism is mandatory. We must know that to Think is patriotic; We should Unite in life and prosperity - not in death - and remember, that civil obedience has often been a sure way to rob us of rights, freedoms, legacies, liberties, lands, labors, lives, and livelihoods. There are three patriots: two bad and one good: the two bad patriots are the loveless critics and uncritical lovers; the only good patriot is the individual that has a lover’s quarrel with his nation, community, and family.

Q: Why have Muslims, Arabs, and immigrants been scapegoated since 9/11?

A: The struggle in America is a class struggle often disguised as racial and religious. Racism is culturally embedded and the mistrust for non-Protestants has never disappeared; Christians in the deep south Bible Belt are convinced that Catholicism is a different religion. Zionist Islamophobia is also a form of racism (an industry, institution, and intersectional). A powerful, greedy, and corrupt elite/cabal - the 0.01 % - has been the de facto rulers of the USA and much of the Western world (George Soros, Bill Gates, the Rockerfellers, the Rothchilds, the Bilderberg group created by Dutch royalty, the British royals, Israelis, the Davos organizers). This pro-Zionist or ultra-Zionist elite has turned many governments into theaters within theaters within theaters. With COVID, many of these corrupted governments became impotent and indebted with no need for economic hitmen. The super elite has powerful (but expendable) intelligence agencies, police, armies, and mercenaries assisting them. They have a divide-and-rule policy - creating movements such as the feminist, LGBTQAI, black-lives-matters, #MeToo, white supremacists to keep society divided. Since the late 1800s, most of this elite are eugenicists or Satanists, therefore they funded wars (through rogue drones, missiles or microbes - often supporting both sides of civil wars) and colonial projects as well as neo-liberal enterprises. Neoliberalism as taught by Milton Friedman from Chicago University in the 70s, is the belief in using chaos, misery, disaster, and fear to destroy and then control governments and their resources. When neoliberalism decided to focus on the MENA region, Muslims and Arabs became the new boogeyman. Currently, China is the new target. America has been at war for most of its existence (except for 17 years); there was always a need for a boogeyman. America IS war, Native American academics assert. Like many false flags before, 9/11 was used to invade and control much of the MENA region. The controlling elite has always had permanent interests and not permanent friends. The Great Reset is one of many enterprises- always accompanied with colossal Lies, conflations, distortions, massive censorship, and Great Deception- ghuroor, tahreef, talbees, nifaq, kadhib, etc.

Q: What should US-based contemporary Muslims know about the US governing system to make sense of world events?

A: To prevent future wars, massacres, invasions, etc. one must know the global systems (a science known as systems science) and its leaders that function as both player and referee, arsonist and firefighter, poacher and gamekeeper, and wolves in sheep clothing. Like all bullies, the victimizer wants the victims to apologize for the pain the victimizer had to inflict for the benefit of the victims: I stab you till you bleed and then you apologize to me for bleeding. Post Modern society has bred monsters and not mensch because the super-rich and powerful that claim their paradise out of the hell and misery of the poor and dispossessed; they support social justice movements only to maintain the status quo and further their goals of total control and global surveillance: white supremacy, black lives matter (Soros sponsored the recent black Lives matter movement), various fascisms and apartheids-including medical apartheid, sectarian nationalisms, transgender and transhumanist agendas, are only some tools in their arsenal. So, white supremacy is a tiny part of the grand plan of globalists, to create division and havoc. It is always important to know the puppeteer and those who hold the leash of any mercenary of death. The super-elite create problems for which they rush with ready-made solutions that add to their profits. Trojan horses and genuine conspiracies are masked as fights for democracy, equality, and justice. They invert values, distort words, and corrode values and virtues. Authority becomes truth and truth (surrounded by a bodyguard of lies and deception) has no authority. The greatest gift we could bequeath to our seventh or tenth generation, is to help them distinguish truth from the false and the fake - fight for the truth with courage; fear and panic have been weaponized - the fear extends to invisible enemies and viruses that have not been isolated or purified/or rather influenzas A and B (see research by labs of seven Ivy League universities) that have been rebranded and weaponized. The reverential awe and fear for Allah should never be replaced with any other fear. The Great Reset, designed by Satanists, aims to destroy all religion, cultures, and civilizations. In 1949, Orwell could accurately describe 2020 society- he understood the world view of the super wealthy bankers that control the world and the predatory politicians and mercenary police in their payroll. A grasp of the Cosmology of the ruling elite will predict the tip of their cosmological iceberg- the sociopathic actions and policies are 5% of that iceberg. This cabal speaks of the horrors of peace rather than the horrors of war.