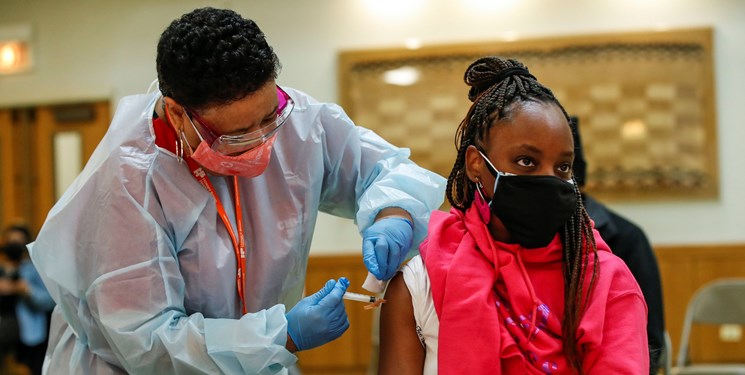 TEHRAN (FNA)- A majority of Americans who have yet to receive a COVID-19 vaccine said it was unlikely they would ever receive the jab, according to a new poll.

Among adults, those 18 years and older, 63.5 percent have received at least one dose of a COVID-19 vaccine, data from the Centers for Disease Control and Prevention (CDC) revealed, The Independent reported.

Of those unvaccinated adults, 78 percent stated it was unlikely they would ever receive the vaccine when polled by Gallup, which was released on Monday.

Roughly half, or 51 percent, of unvaccinated adults noted they were “not likely at all” to change their mind about receiving the COVID-19 vaccine.

President Joe Biden has set the ambitious goal of getting 70 percent of American adults vaccinated with at least one dose of a COVID-19 vaccine before July 4. But current vaccination rates have revealed it was unlikely the goal would be reached.

As of the week of June 3, 63 percent of American adults received at least one dose of the vaccine, which was just a 1 percent increase from the about 62 percent of adults recorded the week prior.

This was the lowest week-to-week increase of new vaccinations among American adults since mid-February, CNN reports.

Prior to May 27, the seven-day average for new adults receiving a COVID-19 vaccine has never dipped below 1.5 percent.

But now the rate has dramatically slowed as government and health officials work to convince the remaining unvaccinated individuals to receive a COVID-19 vaccine amid the ongoing pandemic.

If current vaccination rates were to continue, it was anticipated for the United States to reach 67 to 68 percent of American adults vaccinated instead of Biden’s goal of 70 percent by July 4.

The next month will be key for the Biden administration and local officials to convince more Americans to want a vaccine.

Incentives such as lottery tickets, drinks, food, and college tuition have been used in an effort to entice hesitant Americans. The CDC also announced changes to its masking and social distancing policies that allowed for vaccinated Americans to resume most activities.