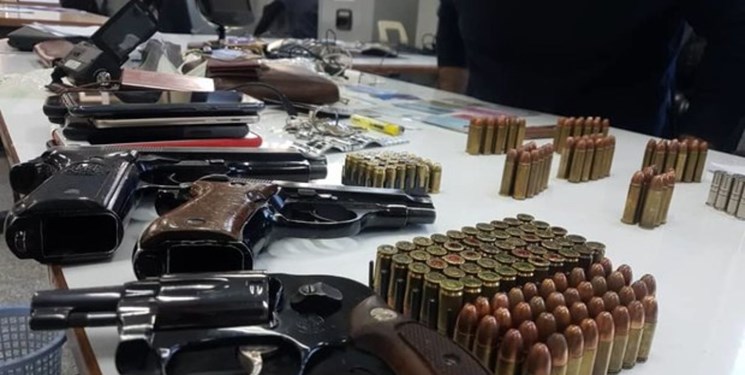 TEHRAN (FNA)- Commander of Tehran's Law Enforcement Police Forces Brigadier General Ali Zolqadri said on Tuesday that the Iranian security forces have captured and disbanded a ring which smuggled weapons and traded the cargoes through internet websites and social media.

The Iranian police forces could identify a gang which traded weapons and ammunitions on the internet, General Zolqadri told FNA.

“After identifying members of the gang and their hiding place near the Persian Gulf, the result of the police investigations was reflected to the judicial authority and an arrest warrant was issued for these individuals and a search warrant was also issued for their hideout,” he added.

“During the operations carried out on the morning of June 7, four suspects were arrested and two weapons, a cache of bullets, military equipment and some narcotics were discovered,” General Zolqadri said.

He noted that during the interrogation, the suspects revealed that they had supplied the weapons from one of the Southern provinces of Iran, adding that the police forces are endeavoring to capture other culprits in this case.

In a relevant development in May, Deputy Commander of Iran's Law Enforcement Police Forces Brigadier General Qassem Rezayee said that the Iranian security forces had arrested and disbanded a ring which smuggled US-made weapons to Iran via Turkey and traded the cargoes through internet websites and social media.

“Thanks to the continued fight against arms and ammunition smuggling in real and virtual atmosphere, the police was informed of the moves of a weapons buying and selling gang in cyberspace by carrying out technical and intelligence measures,” General Rezayee said early May.