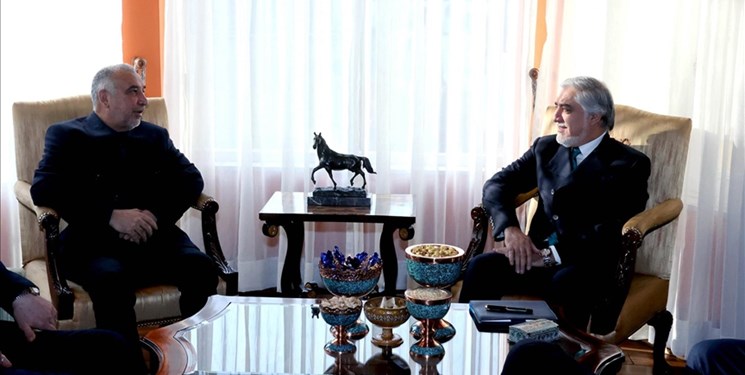 TEHRAN (FNA)- Iran and Afghanistan discussed ways for expansion of bilateral relations and exchanged views on the latest developments in the peace process in the South Asian country.

Taherianfard and Abdullah Abdullah exchanged their views on the visit of UN Secretary-General’s Special Envoy for Afghanistan’s Affairs to Tehran.

Abdullah, for his part, called for Iran’s continued support for peace process in Afghanistan.

The Iranian diplomat stressed Iran's support for efforts in the Afghan peace process, and reminded the importance of conducting interaction between the various factions in Afghanistan to speed up the peace process.

Baharvand and Nab discussed regional issues and cooperation between the two countries.

Nab lauded Iran’s support for the success of the Afghan peace talks.