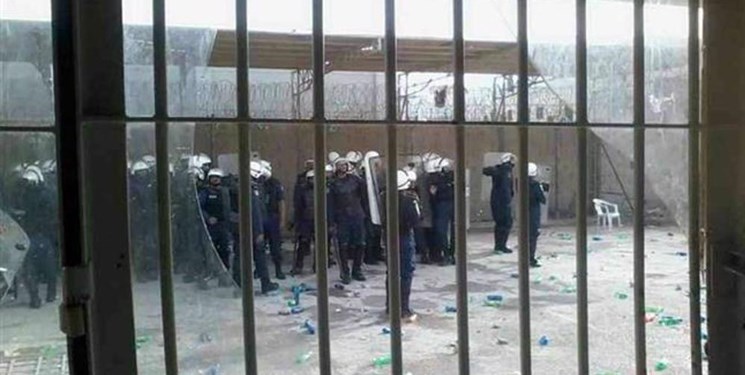 TEHRAN (FNA)- A Bahraini political prisoner lost his life after being infected with COVID-19 in the notorious Jau Prison, amid a surge in coronavirus cases at heavily overcrowded jails in the Persian Gulf kingdom.

Hussein Barakat, a young Shia prisoner, died on Wednesday after falling into a coma due to severe lung infection and lack of oxygen. Prison authorities had denied him temporary medical leave and had not even informed his family about his health condition, presstv reported.

His wife was informed of his death via a phone call from the hospital this morning.

Over the past months, Bahraini authorities have been criticized for flouting the prisoners’ right to adequate healthcare and hygiene supplies amid the deadly COVID-19 pandemic.

Bahraini people have held rallies to urge the Al Khalifah rulers to release prisoners amid concerns over the alarming situation in the country’s prisons in light of the coronavirus outbreak.

The protesters hold the regime responsible for the lives of prisoners.

There has also been widespread condemnation of the regime's media censorship regarding the number of infected inmates.

At least 220 political prisoners have been infected with the coronavirus.

The Manama regime’s authorities have vowed to set free a total of 199 detainees, but only 166 have so far been released.

The main opposition group, the Al-Wefaq National Islamic Society, has also called for the release of prisoners of conscience since the start of the outbreak.

The latest development comes as the ruling Al Khalifah regime presses ahead with its crackdown on dissidents, with regime forces reportedly attacking and injuring dozens of inmates at the country’s prisons.

Anti-regime protests have been held in Bahrain on a regular basis ever since a popular uprising began on February 14, 2011.

They have also been complaining about widespread discrimination against the country’s Shia majority.

Manama has responded to the demonstrations with an iron fist. The authorities have detained rights campaigners, broken up major opposition political parties, revoked the nationality of several pro-democracy activists and deported them.