‘I’ll Let Him Know What I Want Him to Know’: Biden Shoots ‘Warning’ at Putin Ahead of Meeting 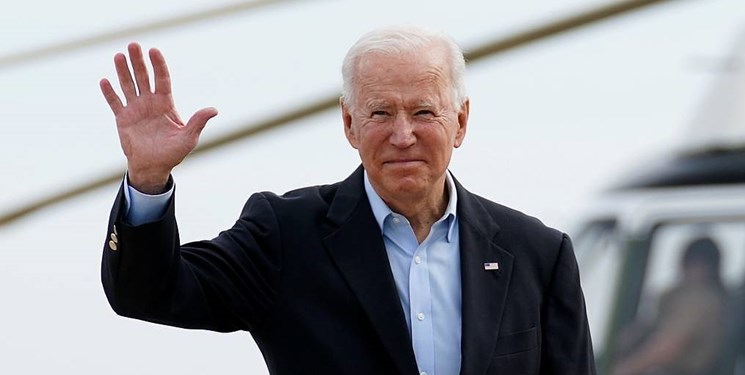 TEHRAN (FNA)- In a statement construed by some as a “warning”, President Joe Biden kicked off his first foreign trip as US leader by announcing that he was heading to meet Russian President Vladimir Putin to “let him know what I want him to know".

The United States does not want a conflict with Russia yet intends to respond to those actions by Moscow it considers unfriendly, Biden said at a meeting with British servicemen upon his arrival in the UK on Wednesday, TASS reported.

The US president stated that at his meeting with Putin in Geneva next week, he would "let him know what I want him to know".

"We're not seeking conflict with Russia," he explained.

"We want a stable and predictable relationship, [...] but I've been clear: the United States will respond in a robust and meaningful way if the Russian government engages in harmful activities," he added at RAF Mildenhall in Suffolk.

As the Kremlin and the White House reported earlier, the meeting of Putin and Biden will take place on June 16 in Geneva. According to the press service of the Russian head of state, the two leaders plan to discuss the conditions and prospects for further fostering Russian-US relations, strategic stability matters as well as pressing issues on the international agenda, which include cooperation in fighting the coronavirus pandemic and regulating regional conflicts. This will be the first face-to-face meeting between Putin and Biden since the US president took office.

Biden arrived in the United Kingdom on Wednesday. He will have a meeting with British Prime Minister Boris Johnson and attend the upcoming G7 summit as part of his European trip.

Biden was greeted by US military personnel serving at the air force base. It is the first overseas trip for Biden after he assumed office on January 20.

The US leader will have a meeting with Johnson on June 10 and take part in the G7 summit on June 11-13. On June 13, Biden and his wife will be received by Queen Elizabeth II at Windsor Castle. The US president will then head off to Brussels to attend the NATO summit.