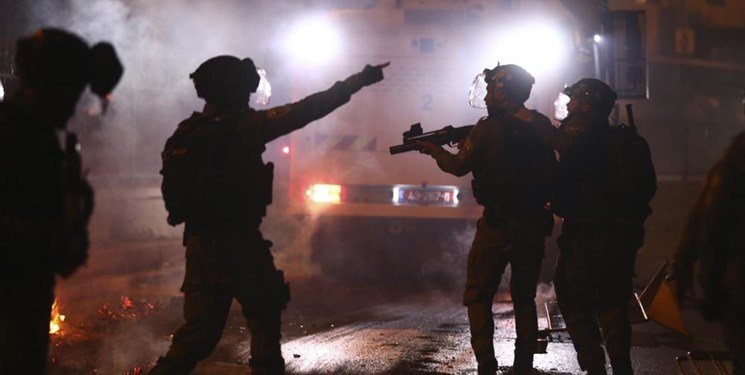 TEHRAN (FNA)- The Israeli Army and Special Forces killed two members of the Palestinian Authority’s Military Intelligence force during a pre-dawn raid into Jenin city in the Northern occupied West Bank in search of wanted Palestinians, one of whom one was also killed during the raid, according to security and medical sources.

The ministry of health said Adham Yasser Eleiwi, 23, and Tayseer Ayasa, 32, who are members of the PA’s Military Intelligence force, were killed during an Israeli force raid into the city of Jenin in search of wanted Palestinians, one of whom was also killed in the shooting, WAFA news agency reported.

He was identified as Jamel Al-'Amori, a freed prisoner from Israeli jails.

They were killed when Israeli Yamam Special Forces, dressed in civilian clothing, attempted to detain wanted Palestinians outside the headquarters of the PA Military Intelligence Unit headquarters in Jenin.

A third member of the intelligence forces was critically injured in the shooting, which necessitated his transfer to the hospital for treatment.

A general strike will be observed in the Northern West Bank district of Jenin to mourn the Palestinians killed by Israeli gunfire.

Palestinian Presidency on Thursday strongly condemned the dangerous Israeli escalation that resulted in the killing of two PA Military intelligence officers and a former prisoner by Israeli undercover Special Forces gunfire in the occupied West Bank city of Jenin, warning of its repercussions.

Spokesman for President Mahmoud Abbas, Nabil Abu Rudeineh, warned that the ongoing Israeli occupation’s practices and violations of the rights of Palestinian people, its attacks and daily killings, and its violations of the rules of international law, will create tensions and a lead to a dangerous escalation.

Abu Rudeineh held the Israeli government responsible for this escalation and its repercussions, calling on the international community to provide protection for the Palestinian people.

He further denounced Israel’s settlement expansion in all Palestinian lands in violation of all international legitimacy resolutions, and the extensive incursions of settlers into many areas of the Palestinian governorates.

The Palestinian presidency’s spokesperson urged the US administration to pressure Israel to stop its aggression and escalations, to avoid dragging matters into an uncontrollable situation.