Iran's Top Negotiator: 500 US Sanctions Still Remain after 5 Round of Talks 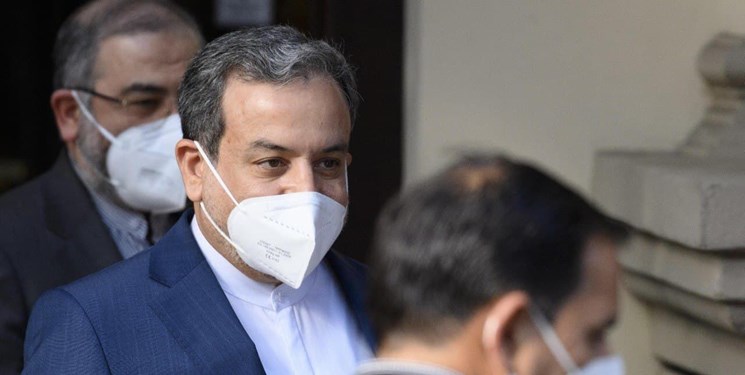 TEHRAN (FNA)- Iran's top negotiator and Deputy Foreign Minister Seyed Abbas Araqchi said the US is still adamant to remove 500 sanctions after 5 rounds of talks between Tehran and the Group 4+1 (China, Russia, Britain and France plus Germany) in Vienna.

Araqchi attended a meeting of the Iranian parliament's Foreign Policy Committee to brief the lawmakers on the results of the last 5th round of the talks.

Ebrahim Azizi, a member of the Iranian parliament Foreign Policy Committee said after the meeting with the top Iranian negotiator, that "during the meeting, Araqchi presented a report to the committee on the fifth round of Vienna talks."

"The sixth round of talks between Iran and the G4 + 1 is scheduled to begin this Saturday," Araqchi was quoted by Azizi as saying.

"At the end of the fifth round of talks, the deputy foreign minister announced that out of 1,500 nuclear sanctions against Iranian bodies and individuals, 1,000 sanctions had been lifted and 500 sanctions are remaining. In addition, primary and secondary sanctions still remain in place," Azizi said.

The Iranian lawmaker further challenged the previous optimism expressed by the Iranian President Hassan Rouhani about the talks, saying that the president's promises to lift the sanctions have not been fulfilled in the talks yet.

He cited Araqchi as saying that no mechanism had been outlined to verify the Western powers' abidance by their commitments, so no one can claim that the talks have yielded any results.

"The National Security Committee emphasizes that the negotiations should continue in such a way as to guarantee Iran's nuclear reversibility as it is Iran's leverage in the negotiations," Azizi said.

Last Thursday, Araqchi had said that a number of key issues still remain to be settled between Iran and the Group 4+1 in Vienna talks, stressing that the other side should take difficult decisions to revive the nuclear deal.

“All in all, we made good progress, but there are issues left [unresolved], without which an agreement couldn’t be reached, and which have yet to be decided,” Seyed Abbas Araqchi told reporters at the end of the fifth round of talks between Iran and G4+1 group of countries on revitalizing the deal, officially known as the Joint Comprehensive Plan of Action (JCPOA).