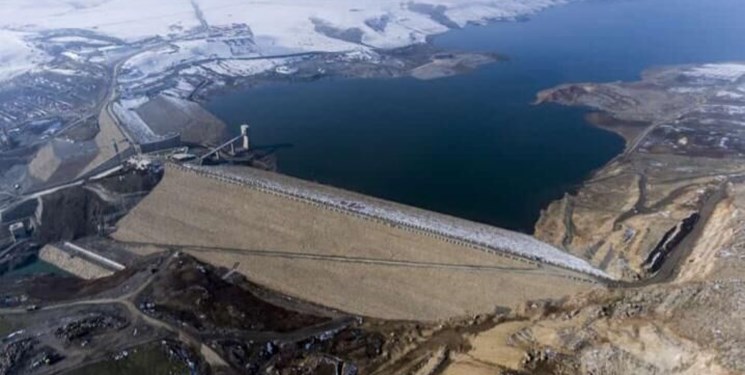 The inaugurated projects are in Hormozgan province in the South and Ilam and Kermanshah provinces in the West of the country.

Every week, the president opens several important projects on petrochemicals, oil, industry, tourism, sports, infrastructure, development, and health to follow goals behind "Surge in Production" which is the name of the past Iranian year (March 20, 2020- March 20, 2021) declared by the Supreme Leader.

The development projects of the Ministry of Agriculture were put into operation in the presence of Rouhani virtually.

Accordingly, 20,000 ha of drainage agricultural land areas was inaugurated in Northern Golestan province coupled with the launching of 37 projects for farming aquatic animals.

In addition, the construction operation of two giant fishery projects started in the Southern coastal areas of the country.

Moreover, 1,634 greenhouse plans, on a land area as large as 1,217 ha, was put into operation across the country.

Iran Agriculture’s Smart Management and Monitoring Center was one of the other projects that was put into operation on Thursday.

It is expected that the inauguration of the aforementioned agricultural projects would generate new employment opportunities for 15,794 job-seeking people.

The agricultural projects were put into operation in the provinces of Golestan (Kordkooy), Yazd (Ashkezar), Qazvin (Takestan) and Tehran (Tehran).