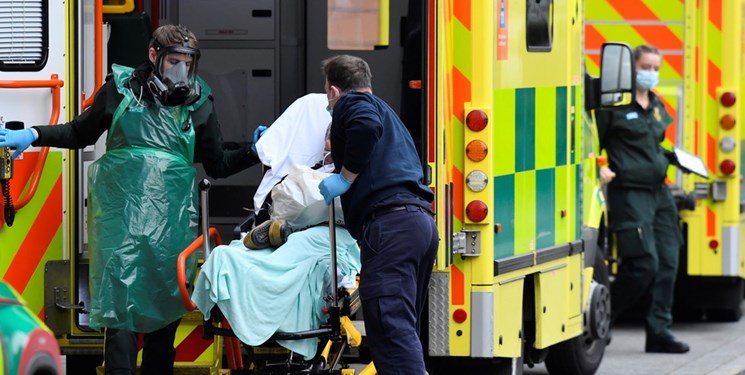 TEHRAN (FNA)- The government was warned in January last year that as many as 820,000 people could die in the UK as a result of the coronavirus pandemic, Health Secretary Matt Hancock revealed.

He stated that by early March, it was clear that the development of the outbreak was pointing towards that worst-case scenario coming true if no action was taken, The Independent reported.

The government’s decision to impose the first lockdown in March last year is widely understood to have been driven by an Imperial College London study that month which said as many as 500,000 could die if the virus was allowed to spread unhindered while the UK developed “herd immunity”.

But giving evidence to an inquiry by the House of Commons health and science committees, Hancock revealed that the higher figure - calculated by the Department of Health on the basis of infection and death rates in the Spanish flu outbreak of 1918, when 228,000 died in the UK - was already known to ministers on the government’s Cobra emergencies committee.

“It was signed off at Cobra on January 31, and that was a planning assumption for 820,000 deaths, and I was determined that that would not happen on my watch,” he continued.

Hancock added, “In the middle of February the scientific advice confirmed that the reasonable worst-case scenario should be taken as read that this was equivalent to Spanish flu", noting, “At the time at the end of January when that was first presented at Cobra, I - like everybody else - thought of Spanish flu as something you’ve read about in the history books. But as health secretary, you’re always worried about new pathogens."

“Knowing that that was the reasonable worst case scenario, we planned for it,” he stated.

Hancock has also rejected former aide Dominic Cummings’ claim that he lied to Prime Minister Boris Johnson over testing for people going into care homes in the early months of the coronavirus outbreak, telling MPs that clinical advice at the time was that this was the wrong thing to do.

Hancock was confronted with a series of bombshell allegations from the prime minister’s former top adviser as he gave evidence to two Commons committees, who last month heard Cummings say that the health secretary should have been sacked “15 to 20 times” for his failings over COVID-19.

He insisted that he had only ever told the PM that he would ensure patients were tested before entering care homes “when tests were available”, which was not the case for some months after the pandemic struck.