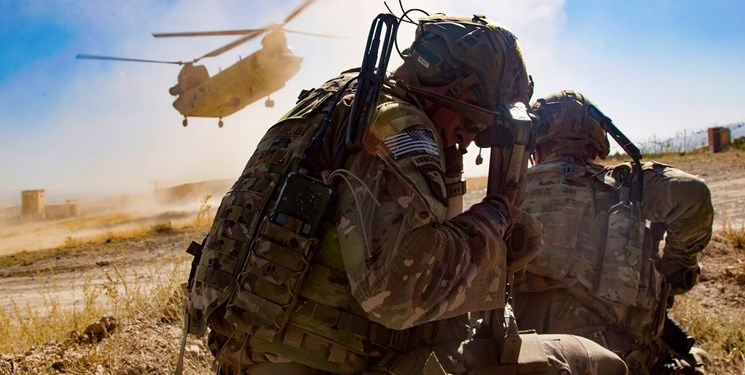 Speaking to the Senate Armed Services Committee, Austin declined to confirm a report in The New York Times that the military is considering continuing to provide air support to Afghan forces if Kabul or another major city starts to fall to the Taliban after US troops leave, The Hill reported.

But he said that capabilities such as intelligence, surveillance and reconnaissance (ISR) have already started to be flown into Afghanistan from outside the country during the withdrawal.

“ISR is being flown from [Persian Gulf countries]. A lot of our combat aircraft missions are being conducted from platforms in the [Persian] Gulf. And so we have the capability now to do that,” he added.

As all American troops withdraw from Afghanistan in line with President Joe Biden’s order to be out by September, US officials have insisted the military will be able to keep terrorism threats in check through what’s known as over-the-horizon operations, or those launched from outside the country.

But plans for exactly how those operations will work and where those troops could be based are still being crafted.

The United States does not have any basing agreements with Afghanistan’s neighbors, and various geopolitical concerns, such countries’ relations with Russia, appear to make any such agreements unlikely.

Pentagon officials have touted the military’s presence elsewhere in the Middle East, such as the [Persian] Gulf region, as being able to provide over-the-horizon capabilities, but Gen. Frank McKenzie, the top US commander in the region, has also warned that means longer flying times to and from Afghanistan, which in turn means less time for assets to be over the country.

At Thursday’s hearing, Austin said the military is looking to shorten the distance for those over-the-horizon forces.

“What we are looking for is the ability to shorten the legs going forward by stationing some capability in neighboring countries. That is still a work in progress,” he said, adding he does not have a timeline for when the plan will be done.

Another open question as US troops withdraw has been the fate of Afghans who helped them and are at risk of being hunted down and killed by the Taliban.

Lawmakers and outside groups have been pushing the Biden administration to evacuate those Afghan allies to a safe location such as Guam amid slow processing of their requests for Special Immigrant Visas.

Pressed on the issue Thursday by Sen. Angus King (I-Maine), neither Austin nor Joint Chiefs of Staff Chairman Gen. Mark Milley specifically committed to evacuating Afghans, but vowed, as they have before, to “keep faith” with those who helped the United States.

“In terms of specific actions, Department of State has the lead on the Special Immigrant Visa program and some other programs with respect to those Afghans that have supported us,” Milley said, adding, “That planning is working through the system right now, but I can commit to you that it's my belief that the United States government will do what is necessary in order to ensure the safety and protection of those that have been working with us for two decades.”

King replied that “the term working through the system is what gives me some concern”, to which Milley responded, “I understand”.

“This is very important to us and we're pushing as hard as we can on our end to move as fast as we can,” Austin added.