Houthi Says US Prioritize War in Yemen After New Sanctions 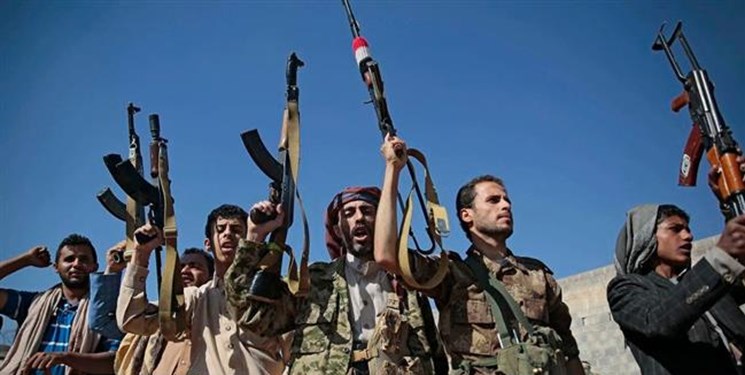 TEHRAN (FNA)- A high-ranking Yemeni official condemned the US decision to impose new sanctions on Yemen, saying the measure falls within a systematic plot aimed at suffocating the impoverished state’s economy.

“America prioritizes the option of war in Yemen at the same time as pretending to be supportive of peace. The imposition of sanctions on the pretext of securing peace represents an obstacle to the latter,” Mohammad Ali Al-Houthi, a member of Yemen's Supreme Political Council, tweeted Friday, presstv reported.

He said the punitive measures against the Yemeni private sector following bans on the country’s central bank plus airstrikes on factories and production plants, starvation of Yemenis through a blockade as well as halt to the payment of civil service salaries are all crimes, which fall within a systematic plot to exterminate the Yemeni economy.

The US Treasury on Thursday slapped sanctions on a money network which it accused of funding Ansarullah - a popular movement which is at the center of a national government administrating the country from capital Sana'a.

“This network generates tens of millions of dollars in revenue from the sale of commodities, like Iranian petroleum, a significant portion of which is then directed through a complex network of intermediaries and exchange houses in multiple countries to the Houthis,” the Treasury said in a statement.

Among those identified as targets of the newly announced US sanctions were two Yemenis, two Syrians, one Emirati, one Somali and one Indian national, as well as entities based in Dubai, Istanbul and Yemen's capital, Sana’a.

Washington has a key role in the war of aggression against the people of Yemen which has left hundreds of thousands of Yemeni civilians, including women and children, dead and millions more impoverished.

Mohammed Al-Bukhaiti, a senior member of Ansarullah's political bureau, told Lebanese Al-Mayadeen television news network on Thursday evening that Saudi forces and their mercenaries are legitimate targets for Yemen as long as the atrocious military campaign and brutal siege against his country continue.

“We warn the aggressor countries that the presence of their forces in Yemen will subject them to attacks. Death is the destiny of foreign troops deployed to Yemen,” Bukhaiti said.

Meanwhile, a Yemeni prisoner has been tortured to death by Saudi-led military forces at a detention facility in Yemen’s strategic central province of Ma’rib.

The Yemeni Committee for Prisoners of War announced in a statement that Idris Hassan Idris, a resident of the neighboring Al-Bayda province, lost his life as a result of torture by Saudi mercenaries in a Ma’rib prison.

“We condemn the murder of Idris, and hold aggressor countries as well as their mercenaries morally and legally responsible for this crime and other similar misdeeds,” the statement said.

The Yemeni Committee for Prisoners of War called upon all local and international institutions to condemn such crimes, and to intervene to save the lives of all Yemeni inmates.

Meanwhile, a civilian was killed in an artillery attack by the Saudi-led military coalition in Yemen’s Northwestern province of Sa’ada.

Local sources told Yemen’s al-Masirah television network that the civilian lost his life on Thursday as Saudi-led troops shelled Al Sheikh area in the Monabbih district of the province. Two people sustained injuries in the incident as well.

Saudi Arabia, backed by the US and regional allies, launched a devastating war on Yemen in March 2015, with the goal of bringing the government of former Yemeni President Abd Rabbuh Mansur Hadi back to power and crushing Ansarullah.