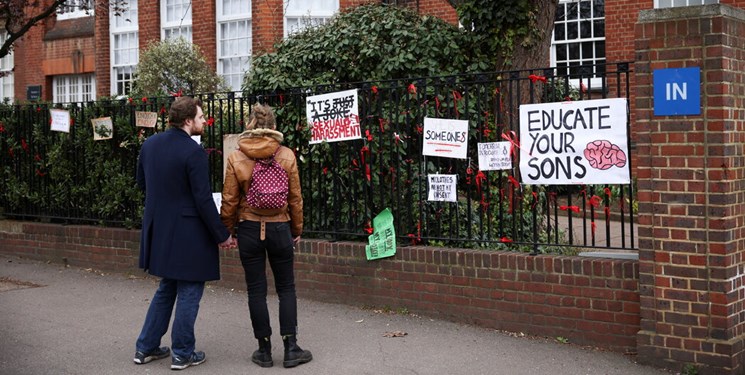 TEHRAN (FNA)- Sexual harassment is “commonplace” and “normalized” in UK schools, a review by the government Office for Standards in Education (Ofsted) found.

“It is concerning that for some children, incidents are so commonplace that they see no point in reporting them,” the report says, noting that around nine in 10 of the girls inspectors spoke to said that sexist name-calling and being sent or pressured to send explicit images happened “a lot” or “sometimes”.

Children said the way schools teach them about relationships, sex and health education (RSHE) is insufficient, with many of those surveyed telling Ofsted they often had to educate their peers. The report also found that “professionals consistently underestimated the prevalence of online sexual abuse”.

The UK government also has a role to play, according to Ofsted, which asked for its review to be taken into account in the drafting of the Online Safety Bill, and called for a communications campaign aimed at both children and their parents and carers.

“This review shocked me. It’s alarming that many children and young people, particularly girls, feel they have to accept sexual harassment as part of growing up,” Ofsted chief Amanda Spielman said in a statement, calling on schools and the government to work together to address the issue.

The rapid review was commissioned after anonymous testimonials from children and young people detailing their experiences with sexual harassment and assault appeared on the website Everyone’s Invited.