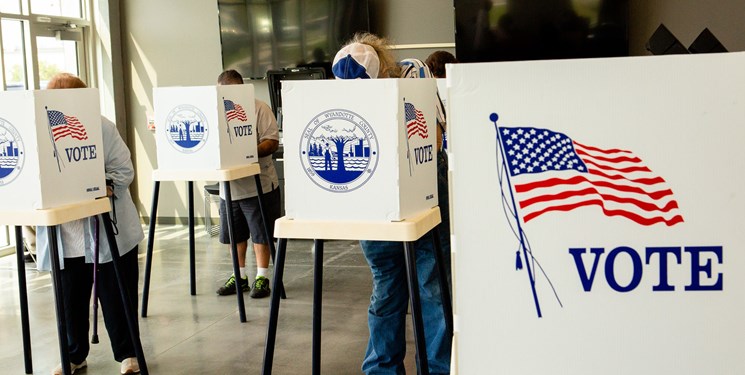 TEHRAN (FNA)- Attorney General Merrick Garland said Friday that the Justice Department will swiftly increase its resources dedicated to enforcing voting rights protections, citing a 2013 decision by the Supreme Court as well as bills being pushed by conservatives across the country that aim to tighten election procedures.

In a speech delivered at the department’s headquarters, Garland said that in the next 30 days he will double the civil rights division’s staff dedicated to protecting the right to vote, CNBC reported.

The department, he said, had already begun scrutinizing new laws that he said “seek to curb voter access”, as well as policies and measures that are already on the books.

In particular, Garland said the department was reviewing recent studies that showed that, in some jurisdictions, nonwhite people wait in line much longer than white people to vote.

“To meet the challenge of the current moment, we must rededicate the resources of the Department of Justice to a critical part of its original mission: Enforcing federal law to protect the franchise for all voters,” Garland said.

Garland, a former federal judge, said the department’s new steps were inspired by “a dramatic rise in legislative efforts that will make it harder for citizens to cast a vote that counts”.

“So far this year, at least 14 states have passed new laws that make it harder to vote, and some jurisdictions, based on disinformation, have utilized abnormal post-election audit methodologies that may put the integrity of the voting process at risk and undermine public confidence in our democracy,” Garland said.

The attorney general alluded to a 2020 election recount underway in Arizona’s Maricopa County supported by former President Donald Trump. The Justice Department wrote in a letter last month that the review by the state’s Republican Senate may violate federal law.

“Many of the justifications proffered in support of these post-election audits and restrictions on voting have relied on assertions of material vote fraud in the 2020 election that have been refuted by law enforcement and intelligence agencies of both this administration and the previous one, as well as by every court, federal and state, that has considered them,” Garland said.

He added, “Moreover, many of the changes are not even calibrated to address the kinds of voter fraud that are alleged as their justification.”

Garland has been at pains to emphasize the independence of his Justice Department from President Joe Biden, a Democrat, even as he distances the federal agency from its controversial record under Trump, who at times pushed its lawyers to defend his personal interests. Trump has falsely alleged that his loss in the 2020 election was fraudulent.

In addition to the wave of conservative voting bills in states such as Texas, Georgia and Arizona, Garland also cited a Supreme Court decision from 2013 known as Shelby County v. Holder.

The decision effectively struck down the pre-clearance requirement of the Voting Rights Act, which forced certain jurisdictions with records of discrimination to have election law changes approved by the Justice Department.

Before the pre-clearance requirement was signed into law in 1965, Garland said, “the only way to guarantee the right of Black Americans to vote was to bring individual actions in each county and parish that discriminated against them”.

“Kennedy told his assistants that was what he wanted to do,” Garland said, adding, ”‘Well, General,’ Burke Marshall replied, ‘if you want that, you’ve got to have a lot more lawyers.’”

“Well, today, we are again without a pre-clearance provision,” Garland said, adding, “So again, the civil rights division is going to need more lawyers.”

In addition to beefing up the staff of the civil rights division, Garland said the Justice Department will publish guidance on post-election audits and on early voting and voting by mail. He said the department will also publish new guidance ahead of the decennial redistricting cycle.

“We will publish new guidance to make clear the voting protections that apply to all jurisdictions as they redraw their new legislative maps,” Garland said.

Garland added that the department, which includes the Federal Bureau of Investigation, will also pursue criminal charges against those who violate federal laws in spreading election disinformation in efforts to suppress the vote.

“We have not been blind to the dramatic increase in menacing and violent threats against all manner of state and local election workers,” Garland said, adding, “Such threats undermine our electoral process and violate a myriad of federal laws.”

The Supreme Court is expected to rule soon in a case over the Voting Rights Act that could have implications for legal challenges against the new voting restrictions. The court has a 6-3 majority of justices appointed by Republicans.