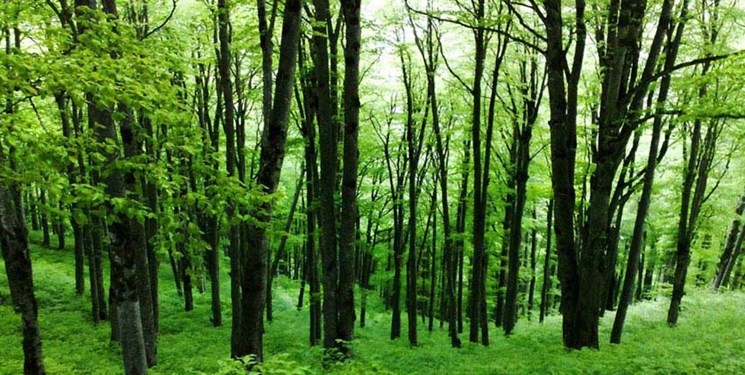 TEHRAN (FNA)- Iranian legislators and activists unveiled a new charter to underline support for the environment.

The charter was unveiled in a ceremony during the presidential campaign where environmental activists and supporters of Iran’s Judiciary Chief and presidential candidate Ebrahim Rayeesi, who is supported mainly by the revolutionaries and principlists, had gathered.

Chairwoman of the Environment Faction of the Iranian parliament Somayyeh Rafiyee attended the ceremony, and addressed the public in support of the environment.

She emphasized how protection and preservation of the environment is vital, and said, “Protection of environment should be on the agenda and priority of all government and social agencies.”

The campaign is well known for taking steps to meet “demands of environmental activists from the president” during a run-up to 2021 presidential elections in Iran due to be held on June 18 with 7 candidates.

Rayeesi is reportedly leading presidential candidates so far, according to polling results.

Rafiyee is the top figure supporting the ban on trawling in Iranian waters and since being elected as the chairwoman of the parliament’s environmental faction, she has been pursuing the adoption of resolutions to ban trawling.

The environmental charter supported by Rafiyee and unveiled by female supporters of Rayeesi’s presidential campaign underlines that “the environment is the bedrock of sustainable development because a thriving society and economy are only achieved through a healthy environment. Environment is inseparable from governance”.

“Enjoying a healthy environment, clean climate and livelihood without pollutants is main part of public rights and an environmentally friendly lifestyle is promoted as one of the components of the Iranian Islamic lifestyle.

Policies with an integrated approach and management of water, environment and natural resources based on geographical divisions will be pursued to ensure vital security and sustainable development,” it added.

Stressing that all development plans should be planned based upon land and comprehensive watershed management, the charter added, “Development of infrastructure and other civic plans should only be implemented based upon regional ecological potential and strategic environmental assessment.”

Charter Prioritizes the approach of water conservation and storage as well as control of surface runoff in order to penetrate deep into the earth by developing measures such as watershed management and development of aquifers, underground dams, as well as rehabilitation of wetlands and lakes with the priority of executive participation of watershed indigenous residents.”

Noting that attracting the participation of the public, specially non-governmental organizations and local communities in the protection of the environment and natural resources, safe exploitation will always remain a priority, the charter said, “The fight against corruption networks, Land Use Change and Land Speculation of national and agricultural lands will be conducted by using modern technology, intelligent monitoring.”

“Improving public knowledge and education of environment in order to protect and preserve natural resources, will be a priority.”

Rehabilitation of forests, pastures, wetlands, rivers, as well as confronting desertification and soil erosion are pursued in high priority, in order to improve the country's environment and prevent adverse consequences such as sand storm and floods, it added.

“Comprehensive management of urban and industrial wastewater will be done by developing infrastructure and using new technologies in order to improve the urban environment and use the resulting water for various agricultural and industrial uses through recycling of wastewater and leachate,” the charter said.

“Equitable energy distribution, development of renewable and clean energy will be the main strategic approach in order to protect the environment,” it concluded.

During the ceremony, Ali Selajgeh, a professor at the University of Tehran, addressed the audience about Land Use Change and Land Speculation.