Iran Urges NATO, G7 to Observe Int’l Law Instead of Preaching Others 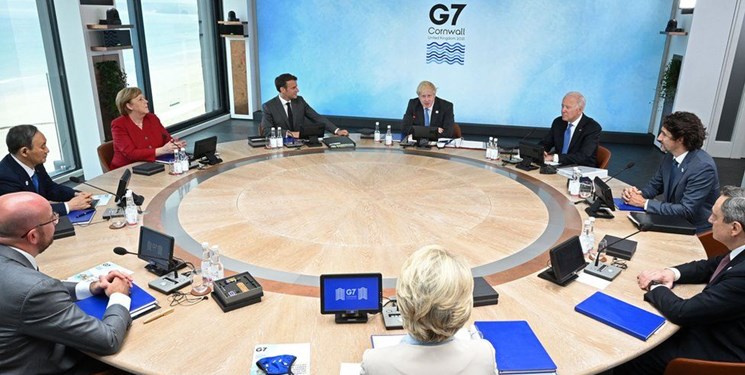 TEHRAN (FNA)- Iran’s Foreign Ministry Spokesman Saeed Khatibzadeh called on the NATO and G7 to abide by international law rather than lecturing others.

Khtibzadeh wrote on his Twitter account that the NATO and Group Seven had better live up to their international commitments and obey international laws rather than lecturing others.

W/ a disastrous record in our region, NATO & G7 have no high ground to preach from—particularly to Iran as an anchor of peace & security in the region

Equating aggrieved & spoiler only indicative of a flawed & politicized approach

Instead of lecturing others, abide by int'l law

US President Joe Biden and other G-7 leaders expressed support for the Vienna process after a three-day summit in Southwest England that ended Sunday. The G-7 nations are Canada, France, Germany, Italy, Japan, the United Kingdom and the United States.

“We are committed to ensuring that Iran will never develop a nuclear weapon,” the leaders said in a joint statement.

“A restored and fully-implemented (nuclear deal) could also pave the way to further address regional and security concerns,” the statement said.

In another part of the statement without referring to the defensive nature of Tehran’s missile program, it is read, “The G7 countries also call on Iran to suspend all activities related to ballistic missiles and (what they called as) nuclear non-proliferation issues.”

In relevant remarks on Monday, Khatibzadeh blasted the Group of 7 industrial states for voicing concern about the country’s defense and missile program, and asked them to stop interfering in other countries' domestic affairs.

“The interpretations of Resolution 2231 by those who know well what this resolution refers to are incorrect. Nowhere has the resolution restricted Iran's missile program,” he told reporters in a press conference in Tehran.

"It is better for the leaders of these countries to fulfill their remaining undertakings and stop interfering in the affairs of other countries and to contribute more to peace and stability in the region," he added.