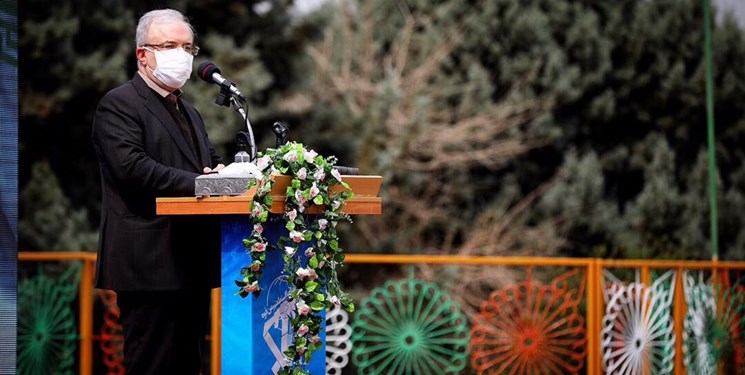 TEHRAN (FNA)- Iranian Health Minister Saeed Namaki said on Wednesday that the country stands among the 6 countries which are capable of producing coronavirus vaccine.

“We are among the six known countries in the world in production of this vaccine and we can produce COVID-19 vaccine from point zero,” Namaki said on Wednesday.

He added that Iran is also among the top 4 to 5 states in the world in the production of medical equipment.

Namaki had said on Tuesday that the country will grow into one of the main producers of the COVID-19 vaccine in the world by the end of Summer.

“With the efforts and serious follow-ups in the last one year, we paved a 20-year-long road and we are witnessing the distribution and production of Iranian [Coronavirus] vaccine,” Namaki told reporters in the Central city of Kashan.

He referred to COV-Iran Barekat vaccine which received license for emergency injection yesterday, and said other Iran-made vaccines will also be licensed one after another and will be distributed in the country soon.

“Iran will be one of the largest producers of coronavirus vaccine in the world by the end of Summer,” Namaki said.

"We faced a shortage of vaccines due to the malpractices and violation of undertakings by foreign countries with which Iran had contracts [on supply of vaccines], but thanks God, the problems have been resolved and we will not have any problem with regard to the distribution of vaccines from next week," he added.

Also, on Monday, Namaki said that Iran has issued the license for the emergency use of the home-made COV-Iran Barekat vaccine.

Iranian Deputy Health Minister Alireza Rayeesi announced on Saturday that the country’s target population will be vaccinated against COVID-19 virus by the end of the Iranian year (March 20, 2022).