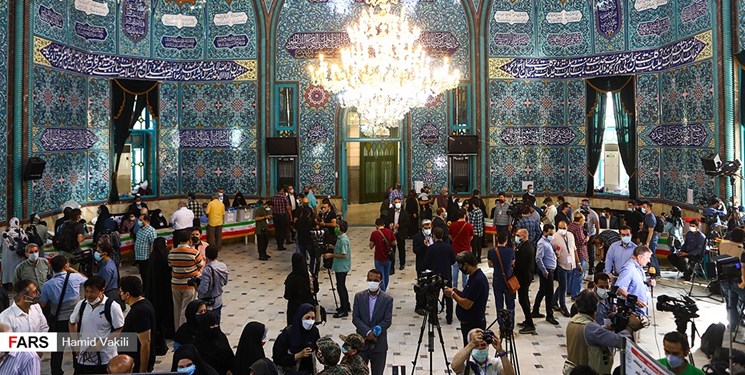 TEHRAN (FNA)- Iran’s Elections Headquarters announced that the voting time for the 13th presidential election has been extended till 2am Saturday morning.

Iranian Elections Headquarters announced on Friday the time of voting across the country has been extended for another two hours until 2am after the decision was endorsed by the Interior Minister Abdolreza Rahmani Fazli.

“With respect to the public turnout in the 13th presidential, 6th round of city and village Islamic councils, and parliamentary and Assembly of Experts mid-term elections, and after it was agreed by the interior minister, voting for the elections has been extended across the country for two more hours until 2am,” the announcement read.

The voting hours had already been extended several times.