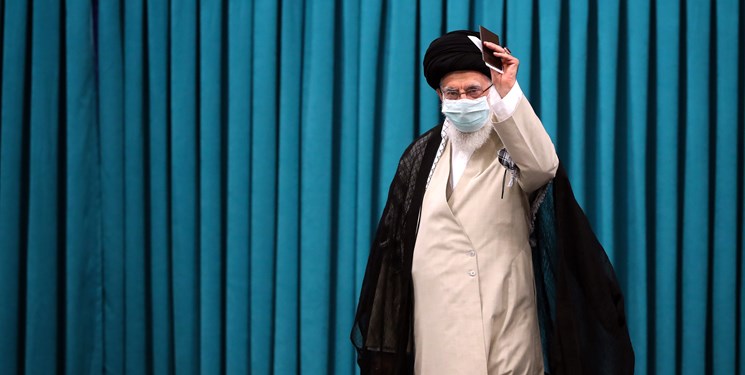 TEHRAN (FNA)- Supreme Leader of the Islamic Revolution Ayatollah Seyed Ali Khamenei lauded the Iranian people for participation in the Friday presidential and city and village councils elections, calling the nation as the great winner of the voting.

“The great and proud nation of Iran! Your epic and exciting presence in the June 18 elections added another brilliant page to your honors. Among the elements that could somehow diminish turnout, the spectacular scenery of your gatherings at the polling stations across the country was a clear sign of firm determination and a hopeful and watchful heart,” Ayatollah Khamenei said in his message on Saturday.

“The great winner of yesterday's election is the Iranian nation which once again stood up against the propaganda of the enemy's mercenary media and the temptation of the simple-minded and ill-wishers, and showed its presence in the heart of the country's political arena. Neither grievances about the hardships of the weaker classes, nor concerns for the threat of an epidemic disease, the dissent that began months ago to discourage the people, and even some disturbances in the voting process during some hours of the election day, could overcome the Iranian nation’s determination and cause problems for the important presidential and city and village councils,” he added.

He felicitated the winning candidates in the presidential and city and village councils elections, and appreciated the Guardians Council, the interior ministry, the security forces and the media for their assistance in holding healthy elections.

Preliminary results of the Friday presidential elections in Iran showed that Seyed Ebrahim Rayeesi has already secured a win in the race, the interior ministry announced.