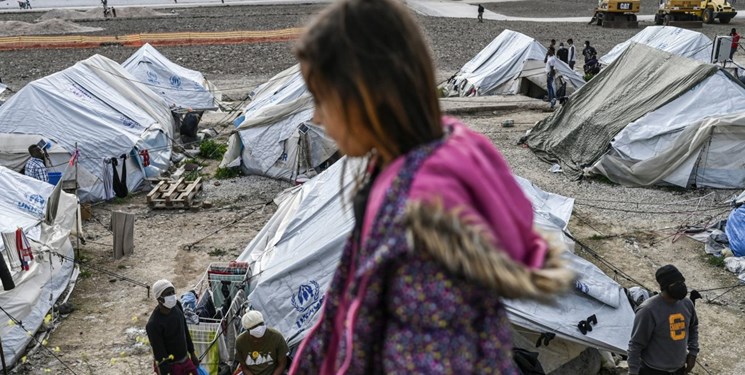 TEHRAN (FNA)- A United Nations report released on Friday found that the number of people around the world classified as refugees or asylum seekers rose to more than 82 million in 2020, as people continue to flee drawn-out wars and persecution.

That’s about one percent of the world’s population, according to the UN refugee agency report, RT reported.

Ongoing conflicts in areas such as Afghanistan and Syria, as well as Somalia and Yemen, caused displacement as people fled active war zones, while violence and persecution in other places, like Ethiopia and Mozambique, caused even more people to seek refuge elsewhere.

The rise for the ninth straight year was especially concerning for UN officials, as they had thought that the COVID pandemic and the restrictions it brought would have limited global displacement.

However, UN Refugee Agency Chief Filippo Grandi highlighted how “wars and conflict and violence and discrimination and persecution, all the factors that pushed these people to flee, have continued”.

The 82 million figure is more than double the roughly 40 million people who were identified by the UN as living as refugees or asylum seekers a decade earlier.

One area of worry for the UN was that 42% of the individuals displaced are under 18 years old, as children are “being born into exile”, with agency officials urging countries to “end conflict and violence” to prevent that number from growing.

Addressing a potential solution for the problem, Grandi called on world leaders to “end an egoistic approach to politics”, and focus instead “on preventing and solving conflict” in order to protect human rights.