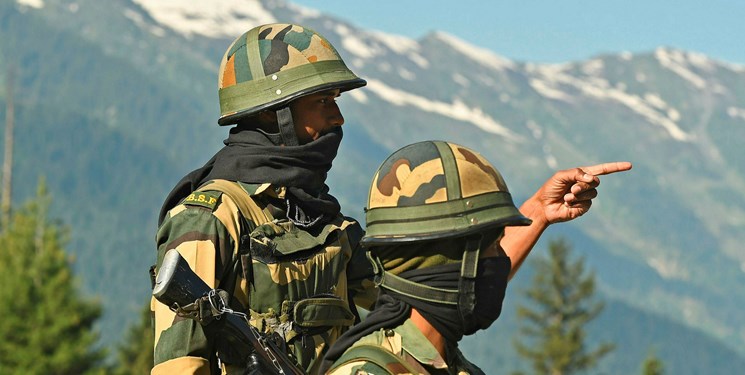 TEHRAN (FNA)- From Ladakh in the North to Assam state in the far East, India has been repairing roads, bridges and tunnels along its border with China to ease the movement of troops in the region.

Several mountain passes at great altitude have been opened early, despite weather conditions, to speed up the transportation of supplies at key border posts. India shares 3,488km of border with China, a large part of which goes through some of the highest mountain passes in the world, RIA Novosti reported.

On Thursday, India's Defence Minister, Rajnath Singh announced the opening of 12 roads built by the Border Roads Organisation in the states of Assam, Arunachal Pradesh, Ladakh and Jammu and Kashmir.

Speaking at the opening ceremony in Assam, which is a strategically important state, Rajnath Singh said, "India wants peace but knows how to respond appropriately if anyone offers us aggression."

The Border Roads Organisation, which maintains and upgrades routes in border regions, has completed 1,200km of works and 2,850km of "surface maintenance" in the past year.

As India races to narrow the vast infrastructure gap with China, a two-day Army Commanders' conference, chaired by General Manoj Mukund Naravane also began in Delhi on Thursday to discuss the operational situation along the borders with China and Pakistan. The conference is a biannual event at the highest level that determines important policy decisions.

Discussions were held on China strengthening its military presence in three sectors of the Line of Actual Control - Ladakh, Uttarakhand and Himachal Pradesh, Sikkim, and Arunachal sectors.

Last week, the Indian army took possession of specialised boats, with advanced surveillance gear, to use at Pangong Tso in Ladakh, which is at a height of 13,900ft and where Indian and Chinese armies clashed last year. India lost nearly 20 soldiers in the fight with China which confirmed that four of its soldiers died.

This week, India facilitated a trial run of motorised traffic through the 8.5km four-lane Banihal Qazigund tunnel on the Srinagar-Jammu highway.

​Work on this crucial tunnel - that cuts travel time and avoids treacherous patches on the highway - was approved in 2011 and India has spent nearly $1500 million in its construction.