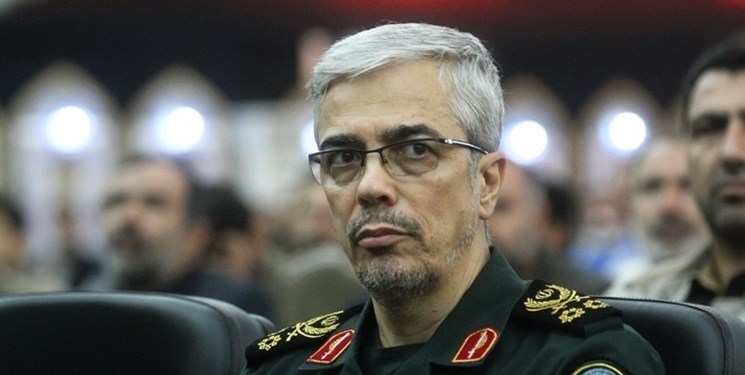 General Baqeri appreciated the epic presence of the Iranian nation in the 13th presidential election, adding that the Iranian people have always astonished the enemies in critical junctures.

"I hope the epic presence of the Iranian nation will be a new chapter in the history of the country to advance the goals and policies of the Islamic Republic of Iran and to protect and guarantee the national interests in sensitive international situations", he noted.

In relevant remarks on Saturday, Iran’s President Hassan Rouhani felicitated Iranian nation for their significant participation in the 13th presidential election, adding that enemies have been disappointed by national turnout.

Iran's Elections Headquarters announced on Saturday that out of over 28 million votes that have been received at the polling stations, Ebrahim Rayeesi has gained more than 17 million votes.

Polls closed in at 12:00 midnight although the interior ministry had been allowed to extend voting hours until 2:00 am on Saturday to prevent overcrowding due to high turnout. Ballot counting started at midnight and preliminary results are expected within 24 hours of polls closing. The elections were also for city and village councils.