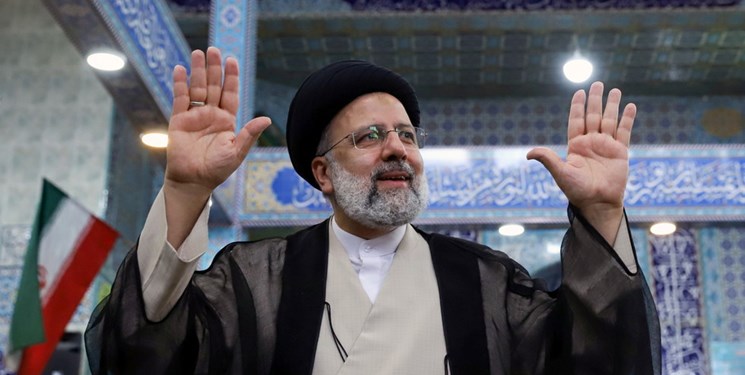 TEHRAN (FNA)- Iranian Interior Minister Abdolreza Rahmani Fazli announced on Saturday afternoon that Seyed Ebrahim Rayeesi has been elected as the new president of the country with 17,926,345 votes cast in his favor.

For Iranians, the most pressing domestic issue was the economy. In addition, COVID-19 is still a serious problem for Iran.

In the final days, Alireza Zakani and Saeed Jalili announced their pullout from the Friday presidential election in favor of Ebrahim Rayeesi, while Mohsen Mehr Alizadeh declared his withdrawal in support of the main reformist-moderate camp nominee Abdolnasser Hemmati.

Ayatollah Dr. Seyed Ebrahim Rayeesi, 61, is the eighth president of Iran. He was born in Mashhad into a religious family and lost his father when he was five years old. He spent his childhood years working and selling books as well as studying. He entered the seminary of Mashhad at the age of 12 and went to Qom at the age of 15 to continue his education. He had a strong presence in the struggles leading to the Islamic Revolution and after the victory of the Islamic Revolution, with the election of martyr Ayatollah Beheshti as the judiciary chief he entered the judiciary of the Islamic Republic. The prosecutor of the cities of Karaj and Hamedan, and the deputy prosecutor of Tehran, were among his first positions in the judiciary. In 1988, due to his determination and legal skills, he was twice directly assigned special judicial missions by late Imam Khomeini. Rayeesi was the Prosecutor of Tehran for 5 years, 10 years as the Head of the General Inspectorate and 10 years as the First Deputy of the Judiciary and also the Attorney General.