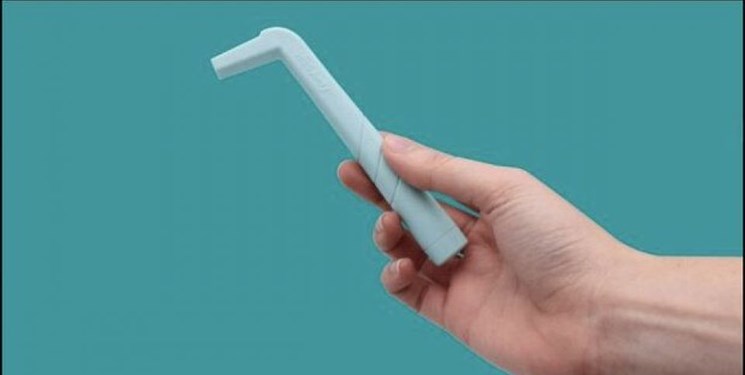 Ali Seifi, associate professor of neurosurgery at the University of Texas Health Science Center at San Antonio, is the leader of the team that invented the device for hiccup strikes.

Seifi invented a device called the forced inspiratory suction and swallow tool, or FISST. (He has also patented the tool and branded it under the somewhat catchier name "HiccAway.") The device is a rigid plastic tube with a mouthpiece on one end and a pressure valve on the other. The user operates the tool by placing it in a half-full glass of water, "forcefully" sucking water through the mouthpiece and then swallowing the liquid.

When people use FISST, "the hiccups are usually expected to stop instantly in one to two attempts," the team wrote in their report.

"Future studies will need to assess the efficacy of FISST in randomized clinical trials," in which one group gets a sham device, while the others test the real one, they wrote.

Seifi noted that the team has already initiated such trials in the U.S., Japan and Switzerland.

Iranian scientists inside the country have also made good progress in production of different medical equipment in recent years despite the harshest sanctions against the country.

In a similar development in mid-October last year, Iranian researchers at Ardabil Science and Technology Park invented a new device which highly decreases pain during injection and does not need any drug for a local anesthesia.

“Children are often afraid of needles and even deny the existence of pain for fear of injection. Uncontrolled pain can lead to short-term and long-term physiological, psychological and emotional consequences in children,” Mojdeh Qaffari, the inventor of the device, told FNA on Wednesday October 14, 2020.

“The device has been designed to reduce pain effectively and safely, and its mechanism is to reduce pain transmission from peripheral receptors to the brain. The device relieves children with needle phobia and has a quick effect,” she added.

“The special technology of the Inocool device does not require any chemicals for local anesthesia of the injection site, and it works as effectively as the expensive ointments or anesthetic sprays,” Qaffari said.