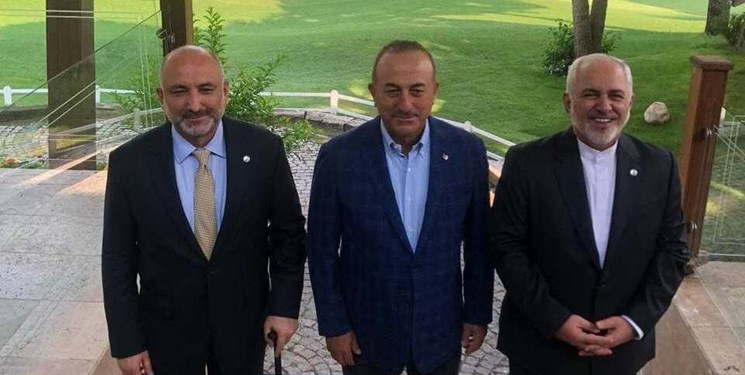 Mohammad Javad Zarif, Mohammad Hanif Atmar and Mevlüt Çavuşoğlu held a trilateral meeting in Antalya, Turkey on Sunday during which they emphasized active participation of their countries in the peace process in Afghanistan and the regional fight against terrorism.

They issued a joint statement at the end of the meeting.

Zarif arrived in Turkey on Friday to attend the Antalya Diplomacy Forum (ADF). During his stay, he met and talked with a number of officials from different countries and organizations.

In a separate meeting with Atmar, Zarif had said that Iran is prepared to set up a joint economic commission with Kabul.